This country badly needs Seychellois lawyers, many of whom are working abroad but are shy to return because they would first have to be pupils under colleagues for two years when they would earn nothing.

It is therefore necessary for the law to be changed to allow the Seychellois to return and either follow a crush programme to familiarise themselves with the country’s system or be pupils for a shorter period.
Chief justice Fredrick Egonda-Ntende said this yesterday in an interview after he received the keys for the new China-funded US $6 million Palais de Justice court complex from chief builder Bing Qihong during a ceremony attended by President of the Court of Appeal Francis MacGregor and all judges on site at Ile du Port.

Also present was Han Qingchem of the Chinese Embassy.

Mr Egonda-Ntende said the new complex – due to be officially opened on June 17 as part of this year’s National Day celebrations – should help speed up court cases as it can take more judges, but for more cases to be heard there need to be more lawyers in private practice, yet there are only 33 now.
Mr Egonda-Ntende said the building is most suitable with facilities as good as you can find anywhere, but the human resources aspect needs to match the structure for there to be faster clearance of the long-standing backlog of cases.
“If a Seychellois lawyer has a successful practice say in London, he does not want to lose two years of his life by coming here to become a pupil earning nothing for two years.
“We need to open the way for Seychellois lawyers to come and practice in their country.

The two-year period can be reduced to maybe six months.
“If a person is proved to be a competent lawyer abroad there should be a way of that person being introduced to the laws of Seychelles in the same way it is done with the foreign judges who come and start hearing cases immediately,” he said, calling the possible return of Seychellois lawyers a short term solution.
As a long-term measure, Mr Egonda-Ntende urged more Seychellois to take up law, noting the new building has 10 courtrooms: eight for the Supreme Court, one for appeals and one for the master of the Supreme Court, “but lawyers are also needed for the magistrates’ court,” he said.
The building was designed by Qingdao Architectural Design & Research Institute Co Ltd who are architectural and engineering consultants, and built by contractor Qingjian Group Co Ltd who started work in August 2011.
He thanked the contractors and China “for the wonderful gift” saying:
“I am sure I speak not only for my colleagues and staff who will work in this building but for the legal profession and the court users who will now be able to work and litigate in a dignified and adequate environment.
“The cooperation extended to us by the current and previous Chinese ambassadors to Seychelles and their staff has been phenomenal.”
He also thanked the Minister for Foreign Affairs Jean-Paul Adam and people in his ministry for their contribution, offering special thanks for judges MacGregor and Bernard Renaud, “who prior to my assumption of office played a key role in the conceptual stages of this project”.
“I need not remind my colleagues and staff that the hard work starts now,” he said, urging court staff to take seriously the training they are getting to be able to use the equipment at the new courts.
Mr Bing said the work took one year and nine months to finish and they faced many difficulties but also got a lot of support from the Chinese and the Seychelles governments, especially the Supreme Court.

He expressed confidence that the new complex will help improve the judiciary’s environment and bring benefit to the people of Seychelles.

Comment:
Obviously it does not pay to respect the Law be they our National or international Laws.

For the past 35 years the fight and struggle of our Sechelles Seychelles exile/refugee communities across the world to get recognise - in other parts of the world they revert to violence, uprising, nondemocratic and criminal methods to achieve their objectives and goals.

Our community have contributed to the Judicial, democratic process/progress in Seychelles the past 21 years - yet the Seychelles media the manner they report and represent such issues.

We have equally contributed to the development and establishment of  the court functioning after the One Party System - yet again the approach and attitude in Seychelles the Region, African Union and Europe.

Today - upon this Historic event whereby China have donated this highly significant and important building - the Palais de Justice to our Nation costing some $6 millions - the judiciary in China and the many parts of the world it has made friends and do business.

We have announced we intend to move our Seychelles EU Community  and exile/refugee workings to Mainland Europe given development and events in that country.

We had a very pleasant or unpleasant surprise  - on our way to BRC emergency Office, had called on a former NGO/Community service we had known in 1997 when Kent constabulary forced us to return to London and then Conservative government of PM John Major.  The many NGO and voluntary sector we called upon in then 1997 for help and support to rebuild and regroup our community activities.

One of those was the Halkevi Community as against the  Afro Caribbean and African - then OAU Communities in London how they had betrayed and mistreated our friendship and respective workings.

Beside the Latin American, the Irish, the Greeks/Cyprus, the former COMECON Nations, the Kurdish Community in London we had worked with in the 1980 - they had a big Centre off the main Road in Dalston - we explained our situation for several years used their Resource and support to rebuild our community workings in London.

A great deal has move on between Seychelles and Turkey since 1997, EU legislations, politic and other development - beside/as well as real politic in Turkey and the Region, our own situation in Seychelles and this morning to our surprise in a side road rediscovered the Brand New Halkavie Centre, it is their own building and they have been there for some two years.

On Saturday we spent some time with the Mauritius Community in Tooting - they have many shops, Restaurant and  Business in London - the Seychelles Community be they the exile or old Community, we have nothing.  We ask the USA authorities, the EU and African Union is this right and Fair. Yet we are required to work as they do and pull our fair share of load in Britain and much more   - the attitude. 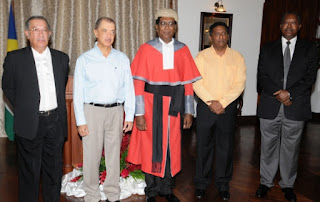 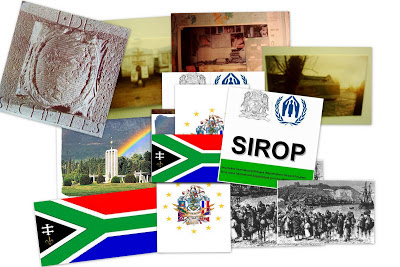 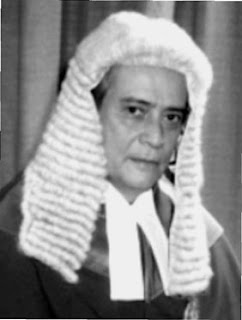