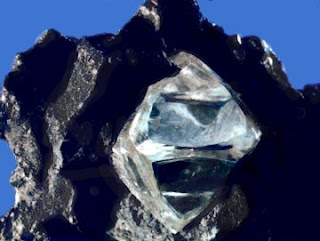 Just as we addressed that community forum and Facebook issue about our situation, that SIROP Program, that Stock Exchange and that that Senate - Parliament issues, In Europe, depending which nation and capital of Europe those resources available/there to help overcome such major negativity, analyze the issues and sort it/them our - conflicting solving specialist. Given that Sechelles Seychelles has opened that University, the Offshore/Economic Free-zone, those two project Eden and that Kaput/Anglo Rand Development project, beside all the leading chartered Accounts/Big four in Seychelles and that Stock Exchange - beside - Equator Institute and Wishing Well people. This very essential resource/entity would have been available in Seychelles. It could eventually be used like Mr Marc Sabadin original project International conferencing in the Seychelles and combined high quality Holiday - they would require such Resource and entity. Instead of that International Pirate Center and those UN Prison at Montagne Posee, Praslin and other Island - the whole things stinks of PM tony Blair Labour government policy, they radicalize and added Terrorist to everything and yet the mega corruption and how it ended.

Why are we addressing this - this morning. Having addressed ion that Forum and Facebook thread yesterday how - the very many important efforts we have been making since 1991 to find a solution with Seychelles government - its Parastatals, the Oppositions, the /Church, Judiciary and others. Beside LUNGOS. We our-self have used this Resource in the past with very good results and outcome - how those who work in such field need to translate to Seychelles environment/problematic.

This said - we have a great many associate is Seychelles and across the world of Seychellois blood and bone we judge they have traveled and acquired enough educated, understanding of life greater issues - with out having to revert to Kalashnikov and such methods they would understand when we dialogue and exchange. Why we do it.

Take that Incident with Al Jazeera, the Nigerian Lawyer and that Zimbabwean reported and the $1 million diamond sting. For any half educate and those who attend church on Sunday - the SDA think they are to clever. The notion of diamond is to be highly respected not in cash value but its scientific properties - any body with no understanding need to take a diamond and put it in the light and watch the light talk as they say, display all the facets and colors. It the old days that was proper Magic. The many ideas and issues which came to your mind and can/will influence you. Hence the old Saying diamond is a girl best friend - without having to be crude and explain in raw details for those who again fail to understand the issues - nature, creation.

As such for those we have mention above - diamond represent education, knowledge - great knowledge and understanding. Wisdom and insight. "Hence in 1995 when Microsoft OS Windows 95 came out, Linux and others, those workings on Google and yahoo Search project. There was an important South African Company based in Dover and across one of the Law firms we used for the Canterbury county court Case and other issues. They were White south African - we visited them and discussed Seychelles and South Africa many complex relation including the Military and Mercenary issues. Former Sir James Mancham government and and exile issues. Most important then Offshore, Economic free zone and that Stock Exchange - we also entered aspect of Mauritius workings given that in Dover we had an acquaintance he was a former Councilor in Mauritius - first Estate Agent then Restaurant in Dover.

We have hinted our working relation with then President Nelson Mandela - those who were very silence and just listened. We had also visited the South African Embassy and the records would be there. It was then that we wrote to President Nelson Mandela - explaining our situation in Kent - Caple court country club and did ask for Gold Rand or cash instead an uncut diamond. We worded it such with all the riches in south Africa and wealth if we could get/be given just an uncut stone, it would help us.our efforts a great deal. The President Office acknowledge our letter. They would have it on their record and our letter was stole along with all the other document they keep stealing from us in Britain/England.

When we were forced by Kent constabulary to return to London and got rehoused, the issues of the Irish community, the Jewish community, the Kurds, the voluntary sector - most important Sir Robert Mc Alpine issues and the Masonic lodge across the field/defunct. We visited the South African Embassy and our then High commissioner in London Mr John Mascarenas and Mr Radegone and later Mr Rasool. PM Blair had come to Office and the issues of Serea leone and Robert Taylor which the media and the court never reacted and published or studied - those who were suing the Sirealeone democratic process/politic to drive Seychelles, politic , the BIOT issues and Mauritius.

Those like Bob Geldorf, and Richard Branson who knew all our issues - beside others. Princess Diana Brother - the issues of his departing England and living in south Africa. It was then that the issues of the meeting/conference in South Africa, including the issues of PM Blair Africa commission - that the issues exploded the 3/5 uncut diamond that had been given to them and the issues of Blood Money. What the British media wrote and the real issues were/are complete different. The trial by the press etc. Those like President Nelson Mandela, Mbeki and Mr Taylor who represented Africa shinning lights in wisdom etc - what Diamond represent. Then Mrs Jemima Goldsmith and Mr Imran Khan - in his country their very old civilization who have great understanding of precious stones. The coin never dropped.

The came the issues of the south African company setting up shop in Seychelles, they do not handle just three/five uncut diamond but hundreds of very expensive cut and uncut diamonds - we have visited their shop, it is next to Cable and wireless, What we have addressed, Mr GMR connections and others in Seychelles close to that SIROP program - the issues of their acquiring that property - most important that Coat of Arms of our EU greater workings, that Flag of our and other important issues we had been working together. Including those from Anglo Rand and others.

After the Anglo Rand mega crash - what we had written to the them about and that English person in the West Indies who thought he was more powerful than the duke of Kent and threaten us and our warning to him - he control the offshore workings and stock exchange of that country and his connection in London then PM Blair government and Terrorist issues. We addressed and visited those of you involved in the Offshore and those wishing to become engage in that Stock Exchange/Market - just as all of you adopted the same attitude regarding that SIROP program events, and change in 1991 - your respective position towards that Stock market. The reason it kept failing.

We have the greatest respect for the Yatch club and the club that introduced us to Layer Lucas, the issues of that Water front Project we drove, help finance and once build the attitude and the Indian who too over/purchased it and we look stupid. - what is discussed there and never get in the media. What we discussed together. In case those of you have forgotten Mr Noelin Didon had a very special file on most of our issues because we had appointed him as our representative and he ought to have a copy of that letter and Mr Walter Edmond/Westerholt. Mr Noelin Didon was not exactly a fool as they say.

Across Europe - there is another Scandal - those entities who sell Diplomatic passports in Africa. Very legal and those who have been asking us like so many other issues why have we not acquired one. That Swedish reporter who risk his life and purchases such diplomatic passport and pass as a major diamond trader, the mega trade in not just diamonds and other precious metal/stone in Africa and the mega corruptions.

Yet we worked our back to help the OAU and its bloody wish for blood and killing - we risk our life, being taken by the British and sent to the USA for getting President Gaddafi to take the lead role and turn OAU to African Union. What we have written to the many EU institutions on this subject and they would have our correspondence. Our view that for the Indian Ocean to work there need to be parity between the EU and Africa and Indian Ocean institutions hence our involvement and work. This achieved the attitude and arrogance. Those African heads of state who know the issues and yet. The so call African Masonic entities both British and Francophone.

We have the very judiciary in Seychelles and policing authorities who suspended the license of those two Offshore operators and what the SFP Blog have been writing about. The question how many more diamonds scandals must we get involved in/help start before those with all the education and wealth begin to think and behave like have normal humans.

We have been involved in the issues of the Gen Stone for Princess Diana engagement ring, issues of her majesty Crown Stone and India and the issues of Angers Loire - gem stone involving the French and British Crown.

What about the Black diamonds in Sechelles Seychelles the pirate Treasures and that SIROP program - issues- everybody has forgotten/choose to forget. Where that Ile aux soleil is and Development.

What about the mega issues of Holland/Amsterdam and London Diamond issues, that SIROP Program and our Community and the Jewish community. Those who have stop me from leaving London.

What about those who got/grab/pick the wrong end of the stick as they say the go and rob leading Jewelry stores in London - it is all on records.

BY the way we have had interest in alternative/artificial diamonds, diamonds form Space exploration and the many articles written since our interests going back in 1979 to date and the situation today.

Note - We have not edited this thread properly and do not intend to do so. We request those of you in Seychelles who will take the time/effort to read what we have addressed here - please share it with Lawyer Lucas, Bonte and others who have been involved and involved in our many issues. Including those form the Judiciary and Police