We read of the important meeting complimentary Seychelles Nation 26/10/12 on Energy in UAE and the Emir of Dubai personally hosting the event with the Heading World leaders Conference for world solution. That CERN project which the Arabs keep forgetting and always tend to forget.

It is that same CERN Project/program those from the Irish community in Kilburn who were aware of its development and embryo concept - today the publication via the WWW of large amount of information about Ireland and the Irish People then 1985 - 1989 suppressed, censored/prohibited.

Equally the government of President JA Michel his new found discovery of knowledge among many issues related to that SIROP exile/refugee program some which he decided to steal/ hijack and label his own ideas and invention and propagate through the SBC and SPPF/PL political mechanism using The nation Tax payers money.

Given the very shoddy treatment of our person by President FA Rene and the current Seychelles President JA Michel inspite of issues we publish which ought best should have been left to gather dust or allow cobwebs to cover them - still this mean nothing to the Seychelles government of President JA Michel, his entourage - including former President JR Mancham. Instead their propaganda offensive. Including the launch of that Seychelles Seychelles of the Stock Exchange.

We will not publish information that will betray our cause of cause harm to the parties involved. The issues of complex Seychelles - that SIROP exile/refugee program and the Reunification of Ireland started under then Lady Thacher government. Then President FA Rene and the Cold War raging. Yet those who write and research history and our history have not got the time to write upon such very important and valuable part of of our workings, people, nation and history.  We must not/ought not rely on Britain and other sponsored historian what they have written and what they will write and never write about.


We have address the issues of the ECU - the EURO Mechanism, then Ireland and Kilburn those who knew and have made vast fortunes. Then those who betrayed us and the destruction of that SIROP Program. We have gone back and refreshed all the parties two years ago about the NAMA issues and Irish Bad Bank and the Quinn Family debacles. Yet hose who are involved in that Seychelles Stock exchange, those Nigerians, those Ghanaian.Those coconuts Head of Seychellois and the Seychelles Central Bank.

Then Irish communities in the USA, Australia, France, Germany and South Africa - beside their respective communities in Britain. Then we have the great world institutions of UN/UNHCR, the EU let alone the African Union state the Seychelles exile/refugee do not exist and never existed it is all invention and imagination, lies, blasphemy. Those form Irish Catholic Institutions and the Irish medias. This include Mrs Mary Robinson former President of Ireland and later head of UNHCR. We had contributed and helped in both appointments. There are means and mechanism to prove and disprove this.

This include very complex policing and military issues and Diplomatic issues.

There is the need to research events form 1987/88 in particularly to date. Those leading Irish personalities who were aware of the issues and decision - working with then President FA Rene either to harass our workings, spies on us, inform - betray the list is very long - events of that decisions and the change in this policy and working relation.

Most important the very many highly complex issues the media, the Irish politicians and Special Groups have never acknowledge and refused to talk about yet - how it/they impacted many of both Republic of Ireland and Northern Ireland politic, economy and other issues.

Aspects of certain issues can be read/ hints and , brief statements in what  we have address about the Irish Peace Process and those involved.

Why we have written on many social forums and public space stating of the need for Seychelles nation in the pursuit, progress for democratic workings , economy and business the need to work importantly with the Irish Nation, North south and around the world.

We will add a few wikipedia links ans other links.

President FA Rene refusal to meet our person in 2009 after 13 attempts the SPPF/PL and those who have ask us to come Home. Our person do not need require  any doctorate to impress the world and Seychellois - those Seychelles-oi who wish to become famous,  research and make/get your doctorate upon such work's and findings.

My Life for Ireland - Wikipedia, the free encyclopedia 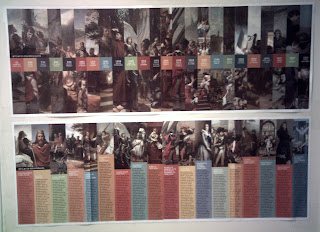 We had wanted to write an in depth article about our exile experience in Austria, first our exile form Sechelles 1976, the place those, the families involved. How we were conditioning our mind and life.

Then came the historic, famous events in Slazbourg and Sir James Mancham was toppled in a coup d'etat whilst attending the Commonwealth conference by the then PM of Sechelles Seychelles Mr FA Rene. The double complexity for our person and those we had to relate to, including the diplomats, embassies, government officials, military expertise, church bodies, exile/refugee bodies in Austria and the media.

A bit like Oliver Tombo who had spent his exile in Sweden - how our Austrian exile experience, impacted, influenced our thinking. The Jewish commu8nity there and their respective experience and the many old communities that had been part of the Austro Hungarian empire, the 1st and 2d world War events. Beside the facts that Austria have been the Home or transition home of many leading European and famous exiles. The way we drew our lesson and experiences.

It is the issues of the European royalties, notabilities we had contacts to, been involved in some of our issues - particularly Dr Otto von Hapsburg and King Juan Carlos, those in France for the left over of the royal family, noblelities, Germany and Italy, Sweden, Belgium and later Monaco, not to exclude those of the British Family and Greece - the manner we had put that SIROP program together, their very vast knowledge and lesson of European history their ancestors. the relation between Austria and the COMECON then and the USSR - its neutrality, the benefits and negative aspects. From  this prospective the many untold issues about the real changes in the COMECON, the USSR and those involved. Events after for the past 18 years until the global crash - what we had/have written to some of those EU royalty, the explanations and their respective positions and the global mega meltdown and the utter ruthless, brutal and painful austerities affecting all the Royal Families in EU - those newly refound royalties of the former COMECON.

Beside a few who kept their relation with our Sechelles Seychelles exile/refugee issues and our greater EU Seychelles community workings - the vast many of them joined the other group in pretending we had never existed and they had never played a role/contributed to our issues. they preferred to join those who supported Seychelles government of FA Rene and current JA Michel and the way their treated our exile/refugee communities and our greater Seychelles community workings in EU and across the world. In fact some of them became aggressive and vexed at the idea and notion there had been any involvements.

In spite of  that we did go ahead and address some of then like Dr Otto von Hapsburg and the Spanish, Swedish, Monaco, Greece, Belgium monarch about our view and the need that a half decent working structure is allowed for our EU Community and that SIROP exile program - we had politely indicated the alternatives just as they have great experience we can draw upon our French ancestors and British for the past nears 950 years.

As results into those issues - we have never gone back to ask for property, money or tile.

We would have judge that because of their uniqueness of workings - they of all individuals who grasp why some of the current problematic is/has developed to such degree - and that they would have made certain connections. Because this is not the case we are writing this thread.

Take the case of angers - Loire and the mega debacle which have been raging for several years about British royalty and that of France, the media coverage - what has led and is causing those issues to come about yet.

We are very aware of the diplomatic workings between Seychelles government Officials and the Royal families in EU - we will be blunt why do they not go to Seychelles government of JA Michel and ask his to help them with the riots and the austerities across EU and ask his to contribute to their important income and business cuts. This is not a hot headed gesture on our part we have waited, we have taken a lot of deep breath and maintained our cool for some two years and yet.

We are fully aware of the royal prerogatives and their rights - it is not proper that they forget. The rights of the People, History for the past 500 years as and when they have forgotten and abused their Royal positions what has/have taken place and resulted.

We are not going to make more comments except to add a few links to the impacts of austerity measures on some of the royal families and those of you who have been inspired by this thread can do your search - by the way we say and state it once again - we played crucial role that the WWW came into being, the CERN issues and countless issues about those two search engine, Google and Yahoo those who ought to know and Window development of Bill Gate.

We do know that the British Royal family were not happy when we joined the Occupy campaign and as such.  Particularly those in  Mauritius from the Franco Mauritius community in Australasia and Canada and the USA. We did get to meet/encounter a person form the French nobility recently at Institute Francais - the fact that we state it here. We have been following the Pension debate at Seychelles Freedom Party too - we too have a rights to Pension given what we have done of the Seychellois Nation and country the past 35 years near.

We are also aware of the many directives and new laws, regulation affecting the EU workings. It was not the EU who liberated the COMECON and changed the USSR - it was the will and networking of the people not Bruxelles, Strasbourg. They played their due role, it was not the council of Europe either. Those who wish/would like to take credits.

We have been addressing about the mega bust up between Santandar and RSB, have address the Spanish Royal Family and the Moroccan Royal family is have been very aware and their attitude and position. Beside other issues. We have address the leader of the Spanish Protest offering our experience as we did Occupy protest in London and their attitude so far. What they want - our person come over to Spain or near there do certain things/undertake certain activities and they all take the credits and their corrupted media. Admittedly Greece is far away - Spain is just abus ride and cost $20 in instance. We do not mind if we have to sleep in tents and share what ever "grub".

By the way given that King Prempe spent 27 years in exile, over the years we have shared some of those issues with Ghana leading politicians and individuals. Beside other royalties exile in Sechelles Seychelles.

Greece Outside In: Greeks turn violent amid new austerity measures

Pavlos and Marie-Chantal and Family