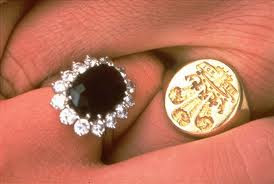 Very many will ask why we have chosen to use our Community Heraldic/Heraldry Facebook to take part in the mass announcement/discussion about Prince William and Miss Kate Middleton, of their wedding in Spring or Summer 2011."This article is publish on Facebook"

We could have chosen our Sechelles Seychelles EU Community Facebook we did not. We will explain.

The marriage of Prince Charles - then Prince of Wales to then lady Diana Spencer is more complex and complicated than the average public would care to admit, those from the Heraldic/Heraldry world who have endeavoured to grasp/come to understand some of the complexities, events, history and records.

Not with standing the fact that every Royal wedding their respective impacts at the given time, given circumstance and history, not just in Britain across Europe.

Very unfortunate very many individuals who were then "responsible" for such issues at the time of Prince William conception and birth have died - gone into another world. Those of us from the Sechelles Seychelles Heraldic/Heraldry at the time of his conception and birth, growing up, becoming a young adult and falling in love - choosing a future wife, remembering he in Second in line to the British Throne.

It is for the very good reasons that we have chosen our Community Heraldic/Heraldry to take part in the wishes of congratulation, good wishes - whatever the economic situation.

We have noted in the News - very strangely the new buildings across the former Bondway House - then British Refugee council at Vauxhall and near by the new HQ of the Intelligence Service. Those from our Sechelles Seychelles Exile, migrant community who recall Prince William conception, birth and growing up. Then those Elder from our respective communities who had such responsibilities.

We are not just any Ethnic community as the media and very many would like us to be. We have a great European Heritage, and their history spanning some 1500 years of Royalty, nobility.

As such some of the great secrets never written, never to be explained to the greater public, their science and very special disciplines, their Institutions and practises. {For those of the public who will ask question - as civilians, commoner we all have many great secrets in our families}

Among other ancient practise, traditions and values - the practise of "keeping an eye on those we judge need such and in the case of Prince William and Prince Harry" those from our respective community Heraldic/Heraldry society that have undertaken such great work. What the issues are really all about.

They/It represent the archaic, Illuminati, fraternal, masonic and Christian aspect of our Community heritage and values. What they are all about.

Indeed, at the time of Prince William conception and birth, the wedding of his Royal parents, there were not the forest of social network, communication to write, discuss, divulge and entertain long debate about such issues in public.

Time have change greatly - however the need to have limitation on what we discuss and write on such issues in the greater public. Again Old saying.

The responsibilities which come with such heritage is daunting, demanding, tasking - contrary to what is written there are very heavy price to pay for grave miss judgement that is from our French side of things in comparison to other European Royalty, Nobility heraldic/heraldry heritage, workings.

It is because the media have stated that Prince William has used the engagement of his mother then Lady Diana Spencer - the complexities of events and history - tragic events and death of Princess Diana. { Again what has not been said and written for the greater public}

Sometime about 1991, we wrote to Princess Diana and requested her that "given that in England/Britain they know a great deal about the coco de mer, the many specimen and those found at Que Garden - in the practise of the French, Austrian Royalty/Nobility to take a coco de mer and do somethings special - she never listened, we reminded her once again from Kent, Folkestone and Dover. The very positive sentiment we had for her." Added, those form our former East Africa Sechelles Seychelles communities their sentiment for the British Royal family".

Via our Community Portal, Wiki and other media have endeavoured to explain, the important link which makes up the Sechelles Seychelles people and nation, those Normand Kings, Vikings who make our ancestors - those who gave their name to our nation, were our blood, our ancestors. our kings and nobility's. They have left such monuments like Dover Castle and others.

Then those who enquired, demanded of us who were we little Seychellois. By what good rights do we speak and act in such arrogant manner.

For lack of means and funds we have been able during the past 35 years of our larger exile community existence in Europe modest aspect of our European heritage - this in term of heraldic/heraldry.

There are those who think being involved in Heraldic/Heraldry mean to entertain strange notion of life and belief.

Prince William and Miss Kate Middleton will represent the future of the British people in all its aspects and aspirations. We do not just live in the ancient, past - we also live and believe in the future.

Having addressed the above issues - the state of the world, EU, the Indian Ocean - Africa, AU, the Gulf Region past, today and the future.

We have protested, we have endeavoured to explained that our Sechelles Seychelles EU Community Coat of arms have impacted very many great World, European, Gulf region, African and Trans Atlantic and Far East issues - equally of great christian importance - Pope John Paul ll contribution as Head of the Catholic Church given that our Sechelles Seychelles community is predominantly Catholic and as such the Heraldic/Heraldry importance, relevancy, purpose, function and objective/use.

This Community Coat of arms contribution to important EU enlargement process, Treaties, the Lisbon Treaty and recently the Defence Treaty between France and Britain.

It contributed to Her Majesty, Queen Elizabeth opening the Palace to the greater public.

In such thinking - judge it appropriate that we enlist support from those who represent both French and British Heraldic/Heraldry with the objective of using our Sechelles Seychelles EU Community coat of Arms to produce and manufacture a number of items, memorabilia to mark and commemorate the forthcoming historic wedding event of Prince William and Miss Kate Middleton. The proceed to help - invest in the log term benefit, needs of our Sechelles Seychelles EU community.

Note:
There is the need to grasp certain complex issues - until well into the 1980's those nations like Kenya, Zimbabwe, South Africa, Malawai special relation ship with Britain, like wise certain Gulf Nations, India in particular and very important Mauritius.

There is not one single British person who had lived in then Seychelles, the serious Seychelles politicians who have not comment or plainly said we in Seychelles were betrayed and the strong undercurrent which built up. We had trusted them as was written in our Constitution, we were not Africa, little Seychellois yes. What really ensued in exile for 15 years. The Terrible, shoddy treatment - we were ok to abused and used like a football.

What has not been said properly, the corrupted system and media, those from the Masonic, archaic, fraternal - Christian, the intillegence service and those institutions that quasi lend a helping hand towards such communities as ours, their knowledge. Princess Diana became aware of what was going, the very evil, disgusting manipulation, con, abuses relating to our politic, existance and international affairs. Her decision to side, lend us moral support indirectly via many of the issues she was involved. Those of us who could communicate with her unofficialy. For our exile community she was quasi our hope in the horried life of England, the bench mark.

Any half educated will tell you in this capacity, relationship and process a great deal of issues must have been going on, yet the British and international media, the way they cover and write over issues. If/should the truth be said/told Princess Diana and indeed other members of the British Royal Family got into "deep waters" because of our Sechelles Seychelles exile communities in EU, the Indian Ocean and the world. Equally important the special friendship adn relationship which will inevitably develop with her and her Family.

The Mauritian Community in Britain their number had been stated 200, 000 15 years ago. Mauritius was not a Republic, it did not have a Stock Market. Our Sechelles Seychelles Exile community had from day one of coming/going in exile maintain their archaic/fraternal/masonic/illuminati institutions and working as such those arround Princess Diana and the then Mauritian Community. For this reason we were at constant logger head/clashing with the establishment of our British land of exile. She understood and knew about those issues, the working of our French royal, nobility and other important European heritage. For this she got/found herself in big/very serious trouble.

Not to sound and be racist - we had a large East Africa Seychelles Community in London, Kenya, Uganda and Tanganika - we knew and have known how the Asian participated in the Colonial life and affairs - the end result, the attitude and approach of the Mauritian community, we had known them before independance. We had learnt how the ex Asian East Africa Community worked and lived in London, those Asian Community in Seychelles and those of us who have travelled to India and the USA to see first hand how the work, interact and live.

In the 15 years of exile we were one of those communities who did all the "dirty work" when it came to getting something, sharing the benefits, because we were in minority, not agressive enough, not sophiscatedly trained in the art of corruption and deceit - we go showed practically nothing for our hard work.

It must not be forgotten we are a Christian Community and as such our faith and belief - practise. "Princess Diana by and large was very much against the corruption going on - the corruption which have brought USA to the present state of things, EU on the verg of disintegration and the world on the verge."

We read today at a young Grass Root opposition grouping in Seychelles about the "Melting down of democracy in Seychelles and our comment" Seychelles STAR, they are also on Facebook. We had all trusted that the 15 years of exile would/ought to have taught the Seychelles nation a very hard lesson. Waht took place prior to the announcement by President FA Rene, the Church/Vatican important involvement, not the Commonwealth. The Commonwealth were using and abusing us - we were doing all the shaving/grafting and the dirty deeds, they were taking all the credits and the utter shame of seeing young politicians in Seychelles lapping it up. The filthy corruption the majority of the exile decided to import/bring back - far dangerous and worse than the Communist brain wash, one party system, media lies and manipulation - we are talking of the "Satanic rave/rage/vibes, sleaze etc" the infestation which is destroying the world - not Communism. The infants, the mothers, the elderly unable to defend them selves that is destroying our society - not Communism. Princess Diana was very much against this evil weapon, practise and benchmark.

It is right of those young politicians from the Grass Root in Seychelles to ask and question - demand accountability after 18 years. For this good reason we took from that SIROP etc combined exile return program $500 - $800 millions accountability.

Particularly our plight in EU, our interests in the Republic of Seychelles and the Indian Ocean.

For those who are very thick in the heada statement often used in Britian - the good reason for Prince William to give Princess Diana engagement ring to Miss Kate Midleton, those who understand and know English/British culture the past 250 years. In Royal, nobility language you/those of you involved in the horried/corrupted benchmark told, reminded - there are more powerful powers in life, forces that nither the EU, the USA, Russia, the Arab Nations, Asian nations, African Union, Commonwealth, the Church can manage or control. Should you fail - heaven will fall on your heads.