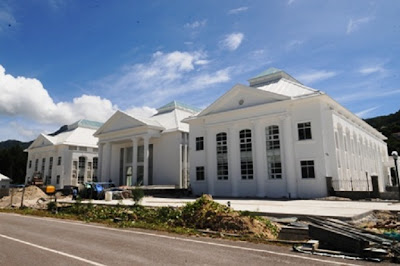 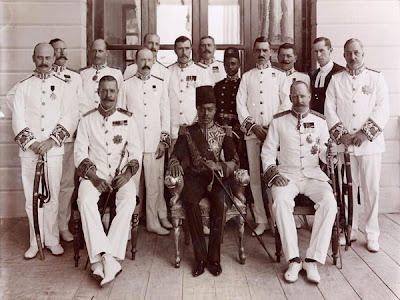 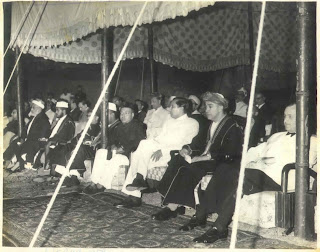 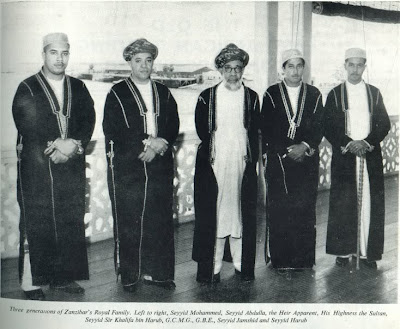 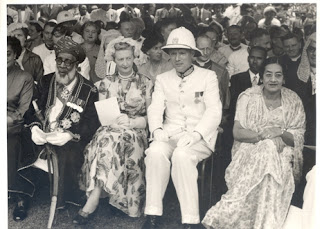 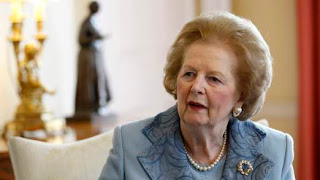 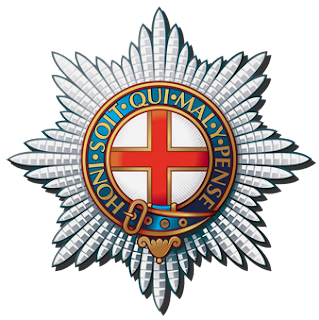 On account of that article about  Heritage publish in Seychelles Nation 10th April 2013,  what it means to society,   means to human  - civilization and events in Britain - the issues of Lady Thatcher's death and those being utterly nasty and evil and outright terrible racist and those who are being positive and developing positive approach and appraisal of the situations and events - the article we have added at the SIROP Blog.

For somebody and individual who have contributed directly and indirectly to vast many issues of this country from their  near bankrupt and outright poverty - down and out time in 1980, then boom and bust era and situation today in British society.

Our efforts in Fashion, food/cooking, telecommunication, education most important the greater objective of that Channel Tunnel £14 billion project, using the Transport debacle and politic to bring the people of Britain closer to the people and cultures of continental Europe over the past 25 years the many many articles an d threads and letters addressed on this subject.

The British people Olympic game and what the continental - European very many have been saying and writing about - their distaste of such workings and approach.

We need not have addressed or covered any her issues on our forums  - completely ignore her death and what has taken place.  The way they attribute credit in this country.  We had to attend Natwest Branch this morning and after we had finished our transaction decided to speak to the staff we have been doing this the past 22 years.  We told her that we had opened our Nat west Account with then at Hampstead the very constituent of then Mrs Margret Thatcher for that SIROP program - the involvement of the Epstine and Lord Beloff and other leading Jewish families in Hampstead and elsewhere.  Where those from SNM/MPR they had opened their account with Midland Bank next to 123 Regent Str Building ex Seventh Day Adventist place.

On account and because of the one sided approach of the British media, institutions, politicians  and populace - ask everybody events and issue related associated to that/ those account - how they invented many of Britain  the USA and world issues and yet the lies and cover-up and deceit.  We never existed and never did anything for this country, the British people, Nation .

This said we would like to take a subject issues more appropriate to Lady Thatcher  those who led the conservative Party and Labour and Liberal party and other great British institutions.  This also apply to Sechelles Seychelles government past and present and the Zanzibar/Tanzania government, political   Those in Scotland who follow and monitor the issues and those from past Jamaica government, institutions and heritages.

Given that lady Thatcher is to be given such military honor at her funeral and the British media what they are on about.

Judge E J Stiven brought four pieces of firearms when he was forced to flee Zanzibar revolution and they have Historic importance for those European who understand such issues.

The revolver was a Colt Police 38 special which he had been given during his early years/work in Jamaica Police the famous Riot and the killings  death, he took that revolver to Zanzibar and the many use over the 28 years he lived and worked there and those who learn to use and shoot with it.  This revolver was used in the Zanzibar Revolution until he decided to flee the Island and come to Seychelles. In Seychelles the police and British colonial service who knew he had revolvers and in case it fell in the wrong hands.  He also had an automatic Pistol,  British East Africa issues during his time in Office in Zanzibar - issued to only the very Senior of then British East Africa Colonial Service, the Sultan and the many events again until he was forced to flee and take exile in Seychelles.  Then British Colonial refused to give him a permit to use the automatic and it was kept at the Central police Station and oiled from time to time - the question after the coup d'etat in Seychelles 5th June 1977 where did those revolver and automatic go  - who acquired the,  We were taught and trained to use them .

Beside , he had a 12 bore double barell shot gun and again the acquisition of that shot gun in East Africa - then Queen Elizabeth and Princess Margaret, visiting important Colonial dignitaries and British army elites based in East Africa, then East Africa and Zanzibar - the many dignitaries they took our hinting and on shooting expeditions  as was then  commons in  East Africa - that shot gun was also used in the /Zanzibar Revolution and would have been use in  any Seychelles Revolution - we learn to shoot and use that shot gun  - because of what we have addressed about, then Prime minister Edward Heath and the debacle of then Mrs Thatcher to become leader of the British conservative party events and those who know nothings.  We have shot many flying fox in Seychelles with it not for fun but to eat the meat.

There was also a Czechoslovakia made - well build and excellent balance .22 long rifle single shot - again its history in Zanzibar over the 28 years all those who used it and shot with it - the Zanzibar police, British and other wise, then the British Colonial Police in Seychelles - individual like Mr Stone from the special Unit and Mr Ashford and Mr Barry Stevenson from the CID and liaison Officer of MI5 - the history and we used that rifle a very great deal  - what became of it and its history .

Several form then USA military and intelligence  Navy in then East Africa knew of those issues and have used some of those weapon in instance and those from the USAF Tracking Station in Seychelles too - important ones. Visitor British and USA Navy.

Most of the real Grand Blanc, the Seychelles Club, the Yacht Club an Rotary knew of those firearms and their history and many associated issues. President J R Mancham and his governments and Ministers knew of those guns and their respective history - Including he British Commonwealth Masonic entities in Seychelles and personalities.  Those very same Masonic entities who have made our life a hell hole, punishments the past 30 years accused for betrayal and the such and our life today.

We would like to ask Seychelles police authority, the Army, Special police - particularly the  British media with their extra long nose and bigger nose that Gerrard Depardieu they ought to research and find out the history and related issues about those guns - then come and write crap and con article about the Conservative party, Labour party and British in the 1950/60 an d today -  Then everybody gets mad that Wikileak came to existence.


The question to ask given its historic important places acquired and reason  events/occasion and the British Colonial Tradition and culture of their elites in then East Africa and Seychelles - this is a collectors pieces - what has the Seychelles army and police or special police done with them  - have they ended like so many properties and wealth in then Seychelles and East Africa those who knew their values, significant importance - pretend they do not know, they create situation to rob, thieve and confiscate them then sell them  and make their fortunes in  the name of politic and the people and democracy.

Lady Thatcher to be honoured with State funeral, but Palace fears there might not be enough troops to line streets of London 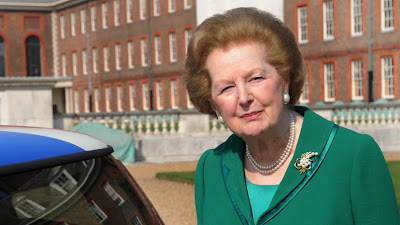