A short ceremony full of significance was held at the National Assembly, at Ile Du Port, late yesterday afternoon to commemorate the silver jubilee of the institution of the first National Assembly as provided under clause 12 of the 5th Schedule of the Constitution.
The ceremony was attended by President Danny Faure, Vice-President Vincent Meriton, Speaker of the National Assembly Nicholas Prea, president of the Court of Appeal Justice Francis MacGregor, ministers and other key representatives of the three arms of the State. 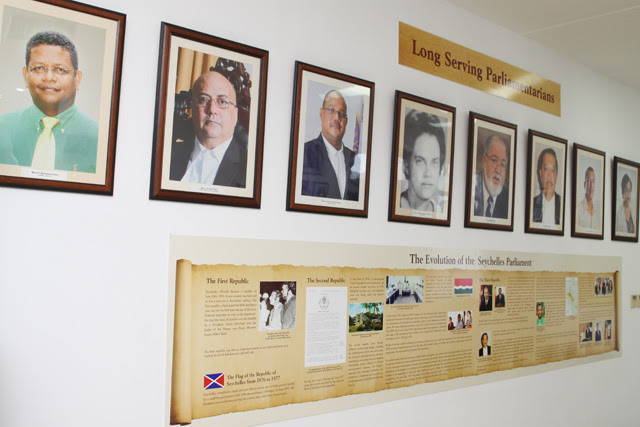 The evolution of legislative representation in Seychelles - first ...
Seychelles News Agency
Exhibits at the parliamentary museum feature all the speakers and chairpersons of the National Assembly as well as its longest-serving members (Joe Laurence ...
Posted by http://ioiss.blogspot.com/ at 15:20 No comments: