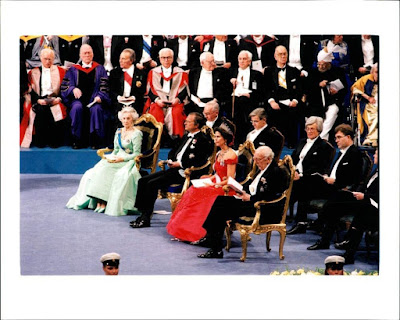 Today this 1st of May 2021 it is King Carl XVI   Gustaf of Sweden birthday 75th birthday. For the past 42 years the special relation between Sweden and Seychelles. We convey our community good wishes to His Majesty.  To note  it is also the 1st of May, workers day across  Europe in the world.

We wake up this morning with our very difficult situation, after addressing leading world forum  -Global Solutions Summit 2021 copy to the Truth Commission Seychelles the reaction all the officials. Some of the leading personalities we had interacted with some 15,  20 years ago as a result of that  SIROP program. The person of then UN Secretary General 30 and 20 years ago. The indirect important impute in the conception of that Program. Yet what the UN got to write  along with the world media.

We feel threaten and  exasperated with the person of the current UN Secretary General promoting his one world agenda, benchmark, had he been there 1986/87 that SIROP  program never got written and Europe and world events. .  To remind many who  will be reading of the uniqueness of Sweden diplomatic and European working, values. Hence again to remind the many some of the instance we had gone to complain and seek shelter at their Embassy in London and the Church, also mentioning it to the European Court of  Justice, the ICJ and the ICC. .

The world's Smaller  nations rely on the UN with its resources and capacity. Yet to often they are fed to the wolves. At the mercy of bigger Powers, Nations and their institutions and political agenda. It is a great blessing to note this sabbath /Saturday morning as we are battling the issues of the Truth Commission , the EU and the UN the high person of King Gustaf coming forward to remind us of those that had a different benchmark, they were the light of hope and belief  there exist a better world and values.

Yesterday saw the burial of King Hussain of Jordan younger brother. All those in Britain, France and Austria, the Middle East who know  the position of King Hussain and the SIROP program 1987 onward, the rest of the Gulf nation, President Mancham and President Rene and our exiles.  Nobody, not one remembered the important role he had played along with King Hussain and later after his death. Safe the person of the Emir wife in London the daughter of King Hussain. This special relation is not meant, supposed to  just vanishing in thin air and we comporting as if it never happened - unfortunately the governments,  Institutions of Europe would like it to be.

The day before had seen the Birthday of the Netherlands King, His mother the Queen at the time of writing that SIROP program Netherlands important relation with Mauritius and South Africa and Seychelles, the reclamation project, the ICJ and the ICC and the big finance and shipping issues  - the King raising a family and his children -daughters. In spite of the constant media coverage of the ICJ, the ICC workings and benchmark we are having to address the Truth Commission worse than Africa court and justice practices. Yet these high personalities  took part,  they have responsibilities toward the world, nation and their families.

To remind all those calling me names and branding my person at our respective training in Austria were taught by the leading coach and educator,  you put garbage into somebody you must expect garbage to come out.

President Putin must be very exasperated with our person and issues. The contrast when President FA Rene and Mancham were alive, they had people, resource and important system to back and support them-we wrote and warned them when they depart and leave behind a system poorly equip, educated, schooled  to carry on and manage those past important issues what will ensue and this is what is happening particularly in the face the Truth Commission afterwards the filth the world media will write about.  .  The feeling one is back in an era of crusade and the manner those in power went to, about to interrogate and decide on the course of justice and rule of law. With only heaven, God divine intervention when all fail. For them then,  their fate and future generations, the world to come.

His Royal Highness Prince El Hassan bin Talal is the 42nd generation direct descendant of the Prophet Mohammad (peace be upon him) through the male line of the Prophet’s grandson El Hassan. 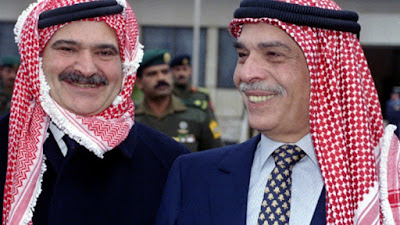 http://www.elhassanbintalal.jo › en-us
His Royal Highness Prince El Hassan bin Talal believes that whatever detracts from human well-being must be questioned regardless of its effects on political ... 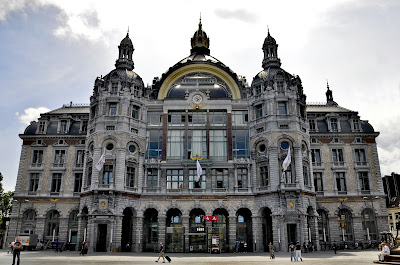 Antwerp is a port city on Belgium’s River Scheldt, with history dating to the Middle Ages. In its center, the centuries-old Diamond District houses thousands of diamond traders, cutters and polishers. Antwerp’s Flemish Renaissance architecture is typified by the Grote Markt, a central square in the old town. At the 17th-century Rubens House, period rooms display works by the Flemish Baroque painter Peter Paul Rubens. ( The South Africa White government  1986/87 Cold War, the DeBeers London Office the meeting, the Rothschild family in France and Britain then, others - Lehman in London for that Seychelles stock exchange.Market concept ) 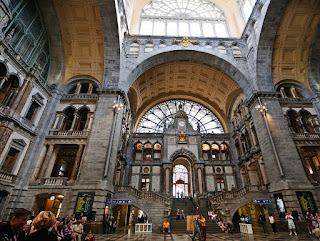 Before the EU Commission Bruxelles those who care to remember our issues -then Belgium Royal family who supported that SIROP program 1986/87,  then Mr Bob Nodyne - President FA Rene personal Body guard and he trained those to protect President FA Rene, what my family knew - the Barclays cheque which bounced or disappeared for the acquisition Montagne Dans Gaza over, because of that SIROP program Financing - BCCI Bruxelles by threats and bullying I banked in one of Belgium oldest Bank -

their office also in Antwerpen  and Gent.
Posted by http://ioiss.blogspot.com/ at 05:52