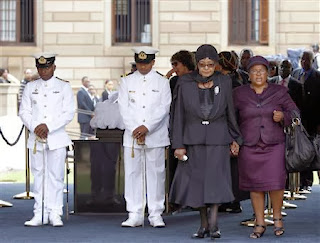 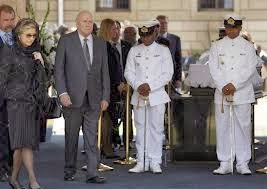 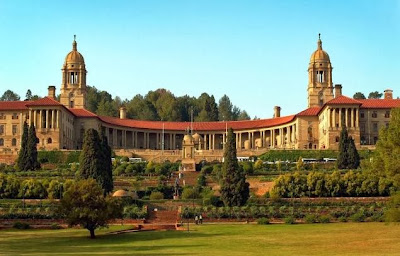 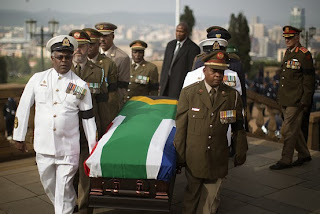 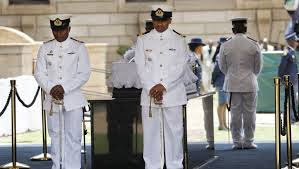 It is very strange how Propaganda, sleaze, lies and cover up - can change history human democratic priorities, rationality, perspectives. The world current frenzied about the greatness of Nelson Mandela - Madiba, exposed at the Union Building in South African and the political Power of the ANC which have made this possible. A very important aspect of that SIROP Program success - was/were linked to the changes of the USSR, the COMECON - as such then South Africa and then ANC and its Leadership. Beside the issues of the British Colonial planners - to maintain/develop a unique strategic East of Gulf, the Turning of Zanzibar into the/Hong Kong for East Africa - the then power of the USSR, Communist system and its intelligence Service. In 1981 when we were compelled to come to London to seek political asylum - a number of media coverage, then Mrs Thatcher government and the debacle of " the Cambridge Five, the other members of which were Donald Maclean, Guy Burgess, Anthony Blunt and, possibly, John Cairncross." the very many fictitious issues - the media wrote. They failed to address aspect of the core issues. These individuals had been part/core of the debacle of East of Gulf/Eden British Strategy and Turning Zanzibar into the Hong Kong of East Africa. Then Communist Africa. (Those working for then Seychelles government form Russia, Italy and Middle East had picked up aspect of the issues and yet - how much President FA Rene and Seychelles Intelligence Service have recorded and filed away) Later our contributions and involvement in Hong Kong Independence , then Mrs Thatcher and then China. We have been in touch with some of those individuals - what the media have written about the Cold War and yet what have never been written. In the process to change the COMECON Poland, the USSR some of these individuals and their associated proved/ understanding of other greater complex world and super power working were/was required. As we worked the issues their impacts on the media and public - Mrs/lady Thatcher Office as in the Know and yet what they choose to write and make of our person. In Vienna and Germany those still working form the former Third Rich who supported and helped with the issues of the USSR change and the COMECON, they had also been in contact with the elite of South Africa, Intelligence, Nuclear expertise. So that when Sir Mancham write he change Seychelles with Fax and Britain with the Commonwealth - they need to get their facts rights. It is for these reason we were able to contribute to the USA/President Reagan Star War issues - we had been educated/shared information then 1979 about those elite German/former Germans who have helped the USA build their Space program, some books were available and news paper - beside archives and Strategic Research papers. International Institute for Strategic Studies and the Royal Institute of International studies and the Paris base counterpart. The issues what they attributed the change of the COMECON and the Berlin Wall issues - nobody have addressed that there had been important elements of individuals from the Third Rich involved or what they represented. The project for a WWW at CERN then Information and web connectivity - those who had their own web so to say. We were able to contribute to this project development because of our knowledge of the Cambridge Five, the other members of which were Donald Maclean, Guy Burgess, Anthony Blunt and, possibly, John Cairncross., the former elite German scientist who had been harvested some near 1000 of then and taken to the USA to develop many aspects of USA Scientific community Today/then. Yet their very dark past - and those who talked of atrocities and Holocaust and those who were tried and the propaganda. When President Clinton Came to Office and events the USA efforts to discredit everything about the COMECON change and the USSR change to turn the world and humanity into another Cold War - we had been very aware of the above issues and those we shared with including President FA Mitterrand and chancellor Helmut Koln. Why are we writing about this - the facts is the USA changing position on many important modern issues - we had been in contact with many important individuals in writing that SIROP program and our contribution in the USSR change and the COMECON change beside the Region of Indian Ocean - yet if it suited their interests what position to adopt. They can set you up and distort your personality and character and destroy your life - if it also suited then work with some elite German ex Nazi scientist to build the Super power USA is today and - tell the world otherwise - those in Germany who have not been fooled and were never fooled so to in Austria. Form many years we had associated working relation with the famous Nazi Hunter based in Vienna - may be one day we may be permitted to write/address some of the issues and the other side of the coin the media and documentaries do not know. We wish to address former President F W De klerk - when we decided to commit our person to the issues we did about south Africa and the ANC - given our East Africa ancestral working - was very aware of the mega betrayals and dishonesty and lies and hate as thank you our person would eventually be rewarded with. We have been instrumental and played our role that today's media and social networks is what it is and how it is being used and applied. What would those who guided us in then 1980 - form the Cambridge Five, the other members of which were Donald Maclean, Guy Burgess, Anthony Blunt and, possibly, John Cairncross have to say if their were to comeback to life - was it worth their while to have associated with our person and work. Harold Adrian Russell "Kim" Philby http://en.wikipedia.org/wiki/Kim_Philby Wernher Magnus Maximilian, Freiherr von Braun http://en.wikipedia.org/wiki/Wernher_von_Braun Nelson Mandela lies in state http://www.telegraph.co.uk/news/worldnews/nelson-mandela/10499236/Nelson-Mandela-lies-in-state.html http://www.theguardian.com/world/2013/dec/11/nelson-mandela-lying-in-state-thousands-say-goodbye