Given the numbers of Blogs and forums, facebook threads I/we have written about registering that SIROP etc., exile/refugee program in Sechelles Seychelles by LUNGOS at the time of the Election 2011 at Home, registering it also in Bruxelles.  The important dynamic, synergies that drove the Historic changes then, the process and events.

Over the past 25 years – there is much to question about the “archaic, Illuminati, Templar, fraternal, Masonic” bench mark in spite of the younger generation involvement in creating/putting together the  World Wide Web and its greater objectives. If not to underline to the very small percentage who still believe that the COMECON, USSR changes was not an accident, CIA/Pentagon, Jewish cooking, instead greater Forces at work. How in spite of their total objections, the older generation of the above mention establishment have we taken over and institutionalise the concept of the WWW, its function, Policing, Accountability and management.

To underline, press this home I had wanted to travel to Poland, seriously check the cost, place to stay and safety issues – then decided to go to Angers – Loire.  Visit Pope John Paul ll place of birth – Krakow and take a picture of our person, self under that big white famous Polish cross – erected after Pope John Paul visit to his native country  and the many important Christian issues – which the average media cannot be bothered to address and much gone unwritten. 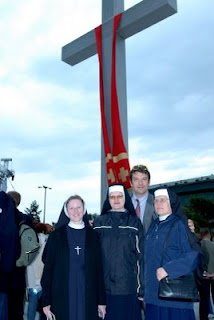 In the end decided to go to Angers – Loire, all those from the many aspects of the British Police, Special Services and many others who watched and monitored our efforts, until we managed to catch the Bus, via Paris on to Angers – Loire.

The need to remind everybody reading this thread – the founders of Angers were Norman – the same lots, one may say who invaded England  and the battle of Hasting, they also invaded Sicily.  The Old connection of the Tyrel, de Poix, de Sechelles, the other aspect of their Family etc., 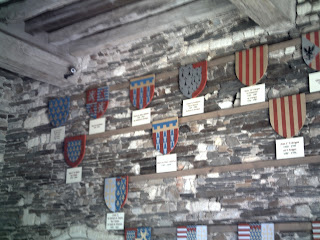 It was decided to travel to Angers – Loire, instead and visit the Institutions we had left those three suitcases and the contents of the SIROP etc exile/refugee program. The Church, the Court, the Municipality, the Hospital, take up contact with the Illuminati establishment of Angers – and time was short. ( The Association of Mahe de Labourdonais is house very near Angers.) Beside that SIROP program today amounting to some $1.5 billions, excluding the gearing involving and amounting to $2/300 billions. Most important the over all sketch of the changes of former COMEON, the USSR, Germany Reunification, the economic and major financial impacts in and across then Europe, the USA, Asia -beside the Gulf Region. In $trillions the Angers establishments, those who have been following the issues of what we have written about, the impacts and development – most important the financial and economic side/aspects – the very big French developers who have moved in angers to benefits and cash in, avail themselves of these advantages, benefits, dynamics and synergies. ( We have written over the past 21 years that we had associated, targeted and selected three if not more leading based London Law firm to advise, assist us. Including the involvement of the Big five firms of Chartered accountants then – unknown to many in Seychelles then.)

A picture of our person standing beneath the big cross to the left of Angers Cathedral, where we prayed, attended Mass, that Sunday, the President Francois Mitterrand Government, on Monday, the doctors at the CHU in Angers carried the operation/ and our Son came to life – fifteen days later the Gulf War/Allies Invasion of Kuwait. 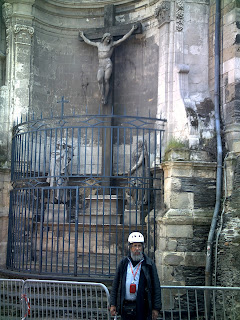 Most important a picture of the new wing of the CHU Angers Maternity build and our person standing in front where in 1991 our Son was born, involvement and help of the Mitterrand Family and others. Then archaic, Illuminati, Templar, fraternal, masonic working/heritage. Then/the announcement by President FA Rene of the return of Multi Party in Seychelles. 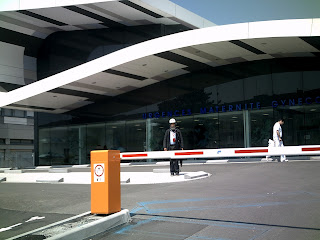 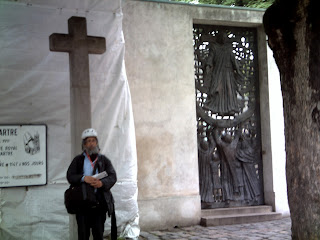 Below is a picture of the son/our son born, 1/02/1991 Angers – Loire standing in front of the Angers Cathedral, for the past 22 years the important support and help of Socite Saint Vincent de Paul with his issues. 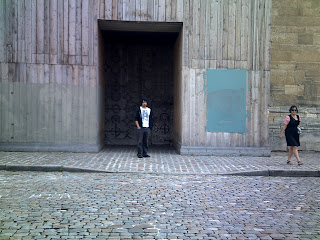 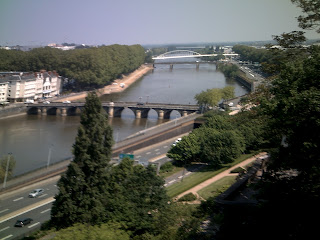 The New Bridge and new super Tram of Angers – Loire.

Below is the Mitterrand Great Library, the issues of conception, the British great Library, architect and construction


Then PM Tony Blair government, those from the EU Commission - who recall the high politic, market, economic issues - our Community/my person was relatively involved and some of the important decisions.
SAT-3/WASC or South Atlantic 3/West Africa Submarine Cable


Note:
In 2004/5 those who recall, then Mr Peter Durup pioneering earlier important  efforts to start KoKonet, beside those at Space and later Atlast, then financial constraints for all those involved, market uncertainty and government business ethic/approach. Had then President FA Rene honoured his debt and paid/come into some arrangement - today Kokonet would still have been in the hand of Seychellois, not Indian.Then Seychelles Stock Market and Mauritius, Africa Stock Market/Exchange issues. Now that we have/is connected with the Europe - East Africa submarine fibre-optic cable, the view of Africa towards Indian colonial business ethic 90% of our Internet providers, connectivity is owned by Indian business entities. Shame on you President FA Rene. Money is not everything so/as long as you use it for the right purpose.It is those depraved political ethic that bring calamity upon a nation.{The Indian Ocean 2004/5 Earthquake and Tsunami}

Over the past 30 years, I have explained, written some of the issues of Fleet Street, then Lady Tacther government, later how we got involved in redynamising the British media, the birth of Today paper by Eddie Shah and the European news paper, then Robert Maxwell family - news media - our input and contributions. After his death, Rupert Murdoch then acquisition of his former papers - we have been involved and taken part in some of the process - including the BSB -Skye merger, debacles, what the media do not write about and so call experts and oficials. As such how we have been able to address, leading global issues if need be and required, all those from President Reagen, President Bush Senior and Junior and President Bill Clinton.

Yesterday, after we had added the above note - those form the media who reacted and wrote/publish that article  "  Super volcanoes with power to 'destroy civilisation' explode far more rapidly than scientists had believed - and one could be bubbling under U.S. right now "

It is necessary to note that the incoming Secretary of the COI, Mr Jean Claude de l’Estrac was/is a prominent Journalist from Mauritius, COI and Indian Ocean region.