We have just had an issue with Facebook over SIROP - NEOM and their threats.

This is the way the shoddy world system works, in 1986/87 most of the Gulf Nations were very aware of that SIROP program, contents and objectives. They all knew Seychelles government President FA Rene government what it stood for in the region. Those Arab government who were aligned to the West and those aligned to the Socialist, Eastern Block working.

We have been writing for the past 30 years that in greater part the action to get Saddam Hussian entangle in the Kuwait invasion and events leading to war was an orchestrated agenda. Those wishing to control that SIROP program from London and the vast complications, among the BCCI debacles, Even the Great Saddam Hussian with all his military capacity did not,  never knew  the full extent of the issues. Safe the British, the Embassies in London , the Commons and the House of Lords then and those from Northern Ireland. What the British media were writing just as what they  are writing about Britexit.

Part of the issues those who had wanted to bring  down the UN building their dreadful benchmark. The way they work Even if that SIROP program was not an official UN program the many at the UN who knew its contents and worked the issues indirectly for  many years including successive UN Secretary General their very own appointment. The link article. That SIROP program played  a crucial role , impact on the Gulf nations political changes, democratic,  economic changes and those Arab leaders who use information,dynamics, synergism leverage  from that  programme for their  politic and economy,  then what their media wrote and what were  accredited to  them. The late Sheikh Sabah Ahmad Al Sabah was Kuwait Foreign Minister. After the Kuwait invasion by the Allies,  the changes,  his position until he became Emir  in 2006,  special relation with Seychelles Phase lll Reclamation project  and Sir James Mancham and FA Rene government - Because they are  both dead the Arabs and the word comport as if they never existed and the issues were never there.

It would seem that many are not grasping the relevancy, importance of this Blog article. The Doomsday clock pointing one  minute to midnight in 2019,  the heightened concern, fear of a situation getting out of hand and this causing,  triggering a Third world conflict/War. The kind of political concoction, terrible benchmark which led to the Gulf War. Instead that pandemic,  those who study and understand ancient world working,  the warning before something terrible happens. The terrible impacts of that Pandemic  and it instead been a war. In that Seychelles the government, Nation resources and their utter terrible approach, the fate of that SIROP program their utter lies and cover up. Time and time writing had that SIROP program been based and worked on the Continent,  the marked difference in Europe, USA, Russia, China,  Africa , the Arabs,  world workings. The major motive we got the EU to pressure Seychelles politician in 2015 Elections, the human and economic rights of those 25,000 exiles had a government come into place that recognize those Rights,  the marked difference in working that SIROP program and its impacts. 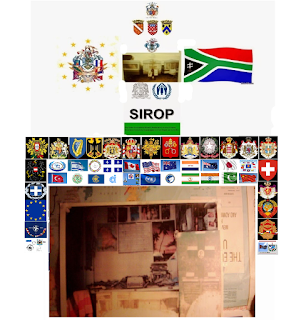 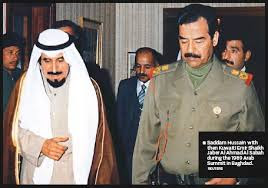 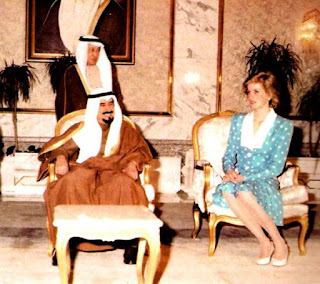 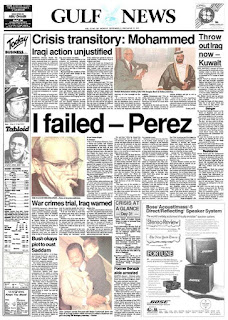 Sabah Al-Ahmad Al-Jaber Al-Sabah
Kuwait: Joint Statement by the President of the European Council, the President of the European Commission and the High Representative / Vice President on the passing of late Emir Sheikh Sabah Al Ahmad al-Sabah
World leaders mourn Kuwaiti Emir Sheikh Sabah
91-year-old Emir, veteran of Arab unity, passed away on Tuesday
Trump on Kuwaiti Emir: He was an unparalleled diplomat
UN chief: ‘Sheikh Sabah was distinguished statesman and outstanding humanitarian’
2/10/20
From the outset of the National Assembly Truth Committees, come the Truth Commission our statement. We the Seychellois do not come from Saturn or Jupiter meaning,  we have roots of civilization,  their Arcadian and  modern institutions, Nation working. The terrible benchmark,   it is not the Creole minds or intellectualism,  it is a terrible practice and these were among the arguments in 1988 I presented to then world leaders supporting that SIROP program,  the relevancy to bring a different mindset in that region nation, via the WWW or such platform.
Still Leaders  like Sir James Mancham,  who argued that he changed Seychelles One Party system using fax because the kind of fools and crazies the people are, the SNP who argue the Commonwealth changed Seychelles the idiocy of the people  and President J A Michel own argument and President D Faure's own. Our argument that we do not live in an independent world, be it 1960, 1976, 1991 there are complex mechanic which when apply influence and impacts nations workings and those who actively apply them and manage the outcome against the dislike of so call modern Democratic system. . The need for Seychelles like Mauritius to come to grip/term with such workings.  That SIROP program which was not just a regional Indian Ocean idea, events - the mechanism created, put into place to manage, drive and implement, which   drove many of the Arab world and Gulf nation politic and other thematic. ( The political, economic and diplomatic situation between Iran and Iraq events leading to the end of the war then Ayatollah Khomeini,  in France the Mitterrand who knew about everything, their politic, diplomacy, the capacity of that  SIROP  program, hence the money finance arrangement offers for that SIROP $800 millions, that Seychelles Truth Commission need to know. Again why we have stressed the relevancy and importance of that Historic program)  Very important then USSR/Soviet  relation with Seychelles President FA Rene, their knowledge of those /such issues. That Pandemic is not your normal pandemic and that program link with other past  pandemic albeit what  the so call experts have written.
We now have a situation upon the 250th anniversary of  the founding of Seychelles,  events in Kuwait, events in the Indian Ocean. In   Africa and East of Eden/Suez 1960 in the end the decision of the British and USA. That  same Seychelles in spite of many of the grand children of its founders have gone, forced  in exile  and those that rule Seychelles, the new comers -  the capacity to exert influence on many important regional and world thematic, political change who get political power,  not like in Africa but like those entities and nations where the French or British  have put in place a strong foundation their international institutions and workings - include Arcadian.  Just like,  as the issues of the SIROP program  1986/87 which  triggered the idea, synergy  for President Saddam Hussian to invade Kuwait -those in France,  London, Rome, the USA, South Africa, Australia knew.  The Seychelles  aspects now as we  enter this Pandemic election in Seychelles, combine with the 250th Anniversary - in Kuwait the fight for who will be the next heir to the Emir. Again what we have written Seychelles may be a small country and Nation,  the important reason the Arabs have come and supported us, finance Muslim working and build Network, endeavour  to gain control because of its  capacity  to drive such regional issue and then what the media write and what the politicians get to say and the Seychelles politicians keep quiet,  they do not write anything safe the like of Sir James Mancham,   since his death even his Peace Foundation position. The government have spent a great of taxpayers money to help educate the next generation those countries and nations education system, institutions and capacity - instead of learning from their ancestors they prefer to listen and learn from those book half lies and half cooked truth,  then call themselves educated.
Kuwait’s leader has died. The royals are now fighting over who will be crown prince. 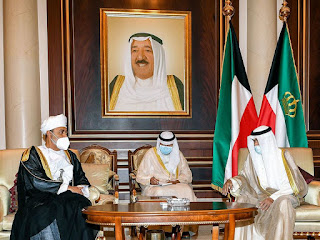 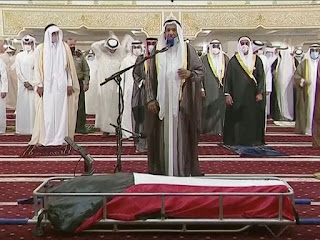 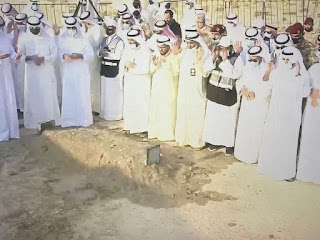 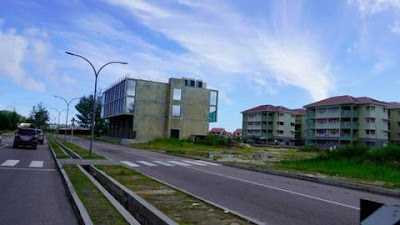 Seychelles Truth Commission Building
2/10/20
Coronavirus: Donald Trump and Melania test positive
US President Donald Trump has said he and First Lady Melania Trump have tested positive for coronavirus and are now in quarantine. The president, aged 74 ...
BBC News
How Mike Pence could assume control if Trump becomes incapacitated from COVID
President Trump could potentially be forced to relinquish executive control to Vice President Mike Pence or be replaced on the GOP ticket altogether, if he ...
Daily Mail
3/10/20
. 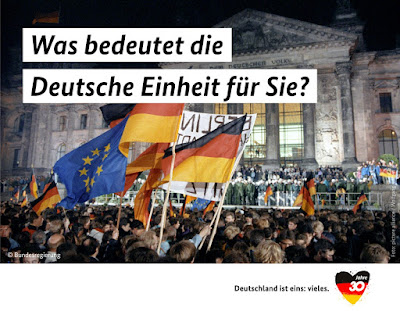 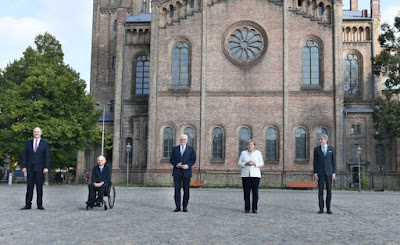 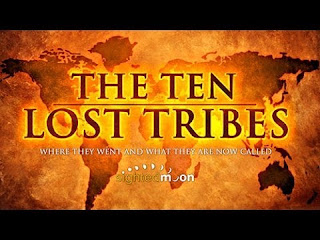 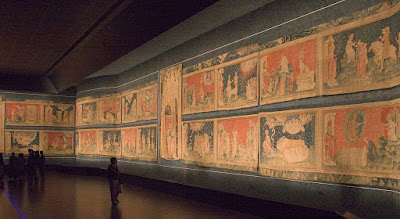 Egypte : Découverte de 59 sarcophages intacts, et ce n’est qu'« un début »
Près de soixante sarcophages découverts intacts dans la nécropole de Saqqara, au sud du Caire
Grabstätte Sakkara: 59 Sarkophage in Ägypten entdeckt - ZDF
10/10/20
11/10/20
We have spent the best part of the day reading the many reactions and comments on the Presidential debate and forthcoming National election.
Over the past 20 years some of the concerning comments Seychelles living close to the USAF Nuclear Base Diego  Garcia and others blogs. The past five years this concern have intensify, regional Gulf Arab nation development. Added with the decision for the Doomsday Clock people to move the clock handle one minute to Midnight.  In Seychelles we have been writing to the Political Leaders, Parties of the need to study the working of that historic SIROP program and its mechanism.  The need to relocate that Program on continent Europe,  the different dynamic and synergy in world politic and economy this would bring about - their complete refusal to engage. Without the involvement of Seychelles we initiated the issues of NEOM and stated the objective was to create and bring about a different synergy, climate given the world nations dialogue for a military confrontation with North Korea over its Nuclear and North Korea had been an ally of Seychelles during the Cold War, President FA Rene relationship after multiparty return..  Last year we publish the scenario of a nuclear first strike on the BIOT Diego Garcia facilities and the consequences for Seychelles - beside having to undertake national investment program with this concern constantly . For all their prayers instead we witness the arrival of the Covid Pandemic and the impacts on the world and regional Indian ocean workings. Still none of the politician and aspiring President  engage - The Seychelles have a very abnormal relation , working procedure, benchmark when it come to such thematic,  they want others to work the issues on their behalf,  then deny it completely as they have done time and time again before the Truth Commission.  Then they join those happy to crap and con the world with unreliable information of how the Seychelles works. We have threaten several instance to drag them before the ICJ, the European Court or the Human Rights Court. The politic of Britexit have impacted, influenced much of this deteriorating situation and come Britexit proper the grave and uncharted water as they say,  Bilateral and regional Indian Ocean Politic will find itself in and the impacts on that SIROP program. In turn its mechanism and dynamics,  the outcome. consequences.
Wavel Ramkalawan wins presidency of Seychelles, unseating incumbent in his 6th run for top office
Seychelles: le candidat d’opposition Wavel Ramkalawan élu président
Actualités 25 Oct 15h17
Le candidat de l'opposition Wavel Ramkalawan, un prêtre anglican de 59 ans, a remporté dès le premier tour la présidentielle aux Seychelles, une victoire historique dans un pays où tous les chefs d'Etat étaient...
Seychelles election: Wavel Ramkalawan in landmark win
26/10/20 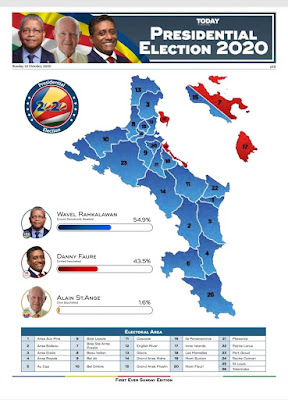 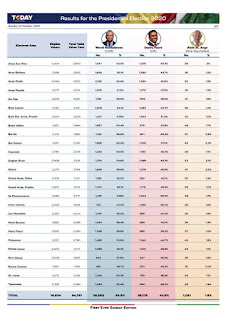 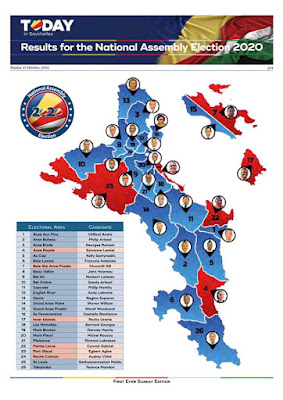