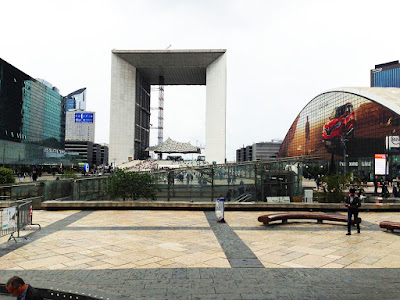 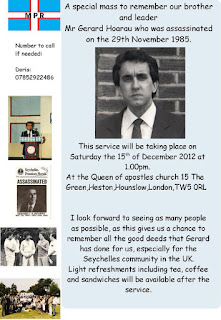 On account of the Adventist Church Paris Sude, under F Holland government in 2016 refurbishments started , meanwhile the Station F Incubator near by five years on that Church work is far from complete. The Frichot Family business close by. Revamping and rebuilding that SIROP program.
That CORONA virus, I have attended church with them before that SIROP program was initiated actually the reason for this article, the official French government view of the Adventist Church. How much did the Mitterrand government know of the Seychelles exiles activities in London and elsewhere to topple Seychelles government of FA Rene. The future government and Indian Ocean order of the Cold war.
Time and time have tried to explain in the Indian ocean how we work excuse not the black brothers and sisters, them from the French old families and thei Rights.  There are those responsible for Sir James Mancham legacy.  When President F Mitterrand came to office our exile took to working more with then Mayor Chirac and FA Rene closer workings with Mitterrand Socialist government, then Frichot Family in Paris, the Delhomme. The government of Jugnauth in Mauritius , those in Reunion, Comor and Madagascar.
Mr Gerard Hoareau, SNM/MPR Leader was Assassinated in November 1985. I had been staying at the BRC Hostel Claphman Junction and was in the process of Registering UKSCA ex work with Mr Felix Hoareau of Swansea former Head of Prison and Chair of SEA, the argument building the foundation for our community long term in Britain /EU, as against an imminent military action. Those in Paris Knowledge, the Mitterrand people, Chirac, Le Pen FN and those military technicians.  The Horner Family help knowledge, the Monty, the Hooper and the Boule, ex Seychelles police, the migrant community and to some extent Mr Paul Chow  and the Half Way House people. I had when situation presented reminded Mr Gerard Hoareau, Mr Gabi Hoareau , Mr Frichot and Mr Edmond Camille of this unlike our, the British Commonwealth System and the why.
Because of the decision of the Frichot to build their business close to the former Bastille  and Gare d'australitz, in Britain our Community choice. We working our Arcadian Bastille and Royal issues, heritage. Then there is the Gobelin the same. Then Cold War Europe 1985 nobody had thought a Marshal Plan or that SIROP program it was dog eat dog at the time. Safe the Vatican then Pope John Paul ll, very important impacts on Poland.
Before that SIROP program was written and to write such a  concept what capacity, experience and knowledge it requires. Had been working indirectly with a number of governments, consultant in Europe, Gulf region and Africa, Asia in term of High Interdisciplinary Management the Prof Hofmann and Von Hayak those from L'ena, Milan, Harvard, the German. This included the government on President F Mitterrand.  The Mitterrand socialist economic vision, concept to build their economic situation major infrastructure and the state of then Britain, Germany, and Italy. France had then a very different role in the world and Europe. What the concept and ideas to build that Grand Arch was all about not just what the Wikipedia have publish and British media. We had certain insight and knowledge, understanding of the project and arguments and median as against the interests of our exile refugees community those in Seychelles and Mauritius.
In July 1985 the foundation of the Grand arch was laid - only the way Wikipedia forget to mention the Homosexual debate raging in then Britain and France, the media and that architect design concept. In November 1985 Mr Gerard Hoareau was Assassinated in Hounslow. Come events and development - the SNM/MPR Executive then and those supporter of the DP Minister Joubert and those supporter of Sir Mancham faction. Initiative that SIROP concept as a against a straight military action against the Seychelles government, the complex and complicated issues that had to be look at and linked together to make that program work. This/It impacted some of president Mitterrand main government politic and workings the media, the USA, Soviet, Africa and Britain. Impacted the debacle of the construction of that Arch and other then envisaged projects - the resignation which ensued of the architect and this is not what the media writes. Later that SIROP program on much wider France Economic plans and development and the development of La Defence as they have in London that SIROP program synergy, leverage dynamics and then after the whole synergy became aggressive and driving the big banks and the construction industry and some of the french government major decision and events, politic.
That Grand Arch was inaugurated in 1989 synchronised to work, mark other important events in then Europe, the USSR, the Berlin wall issue, Reunification and changes in then Europe, the Arab world and the USA that is not  what the media  have written those who write history.
Please have a look at the map of Paris the Bastille, near the 13th district, the Arch de Triumph and that new Grand Arch. There were a great deal of Illuminati and Arcadian impacting issues and none of that is written or recorded anywhere.

note - That Arch is still in its very early age compared to the Arch in Rome, Brandenburg and Arch de Triumph. What bring us back here is those who have tired to describe Mitterrand future views of the world. Europe associated - That SIROP program was associated, linked with those Russian/Soviet  and East Europe, Ethiopian Jews return, Germany Reunification  - the issues of the 10 lost Tribe of Israel. On the Rome arch of Titus the sculpture of the fall of Jerusalem and destruction of the Temple and the religious artifax. The plans and program to return not just the Soviet and Ethiopian Jews other nations to their tribal lands, ancestral home, the Aborigines, the Irish,  the Palestinian, Lebanon,  the Armenians, the Kurds, Afghanistan,  Kashmir, South Africa, West Africa, Central Africa, the Seychelles exiles, the Chagos people, Ethiopia and Somalia, in Yugoslavia the ethnic issues, today new nations and in Czechoslovakia, South Latin America the many exiles communities helped to return  to their homelands, the South Tirol issues, In Cyprus/ the North and South issues, Srilanka north and South , the Gulf War issues.claims,  Hong Kong,  Tibet, others, dealing with the aftermath of independence and decolonisation 1986/87  - had these been implemented properly, the mega mess Europe is in,  refugees wise would never have happened and the super mess - In working that NEOM those issues ought to be foremost in the minds of the builders and promoters,  not just space ships and technology other wise it will end in madness. This is what we mean by inclusiveness. https://en.wikipedia.org/wiki/Arch_of_Titus

President F Mitterrand  did not know we would be working on a topic of NEOM -what this project call for building the $500 billions city. It will have to take into important account the Arcadian history of the region, heritage and belief. It is said that on one of the floor there is the office for Human Rights workings. In the Grand Louvre where Mitterrand build the Pyramid,   a great treasure trove of ancient civilisation and those researching on the lost Ten and Thirteenth  tribes of Israel, not Jews.  Today they are dispersed across the world. May be somebody those financing that NEOM can get together and put a project of the 10/13 lost Tribes of Israel in that Grand arch. We have been in touch with Regus to use their facilities close by for that SIROP program the Holland government.


Comment - In spite the functioning of the 13th Districts the vibe, buzz and associated issues, the important negative impacts of that satanic rave/rage ln the church functioning and the outcome - meaning.
Posted by http://ioiss.blogspot.com/ at 05:26 No comments: