Yesterday global media coverage was not not a storm more likes hurricane over the US Presidential outcome  - we decided to address a few very private comments. Much more important the picture we posted of Paris, Europe, the USA, USSR, COMEON, China,  the Warsaw  Pact nations, NATO, South Africa, the OAU and the Gulf Region,   Namely the USA Embassy Paris, Summer 1986 - events major decision which would affect and impact the whole global workings, History and global economic and financial working a we ha know. (We did not have the Internet yet and the Communication we have today and yet) 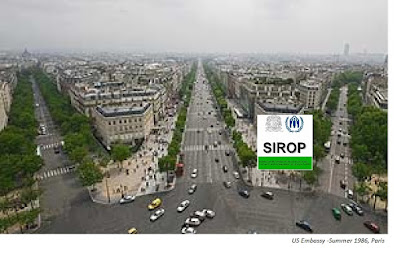 This is a project we have contributed from the information and archive prospective not hundred percent accurate - Wikipedia - will add a link of the year 1986.

Yesterday 9/11/16 was the 27th Anniversary of the fall of the Berlin Wall, the many version and our SIROP version - what we have empathized in that historic program, the US economy how for cutting down on Nuclear weapon development,  that money would be spend/invested  - beside/as well as the important benefits the USA would get form a change USSR, COMECON economy and Financial system - the US media yesterday failed to report and mentioned this given that President Elect Donald Trump endevournment to underpin President Ronald Reagan Legacies/era. 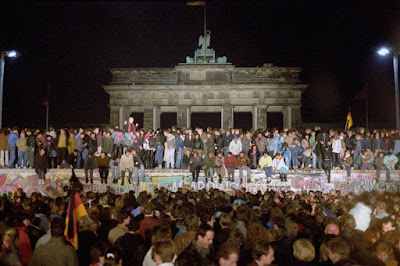 In 1988/9 - had had enough of chasing real slugs, then creepy things, Vienna was to far away, so too Monaco - we did not have the $ million the aspiring ladies wished, with the help of SDA Pastor Laurent Fidelia endeavored to find a solution, then three Jewish synagogue we visited/attended and the Orthodox Church .  Then 87a Victoria Rd, Kilburn - Brent the bastion of London Irish Communities working. Beside the many and complex exile/refugees of then COMECON  nation in London, other countries and Nations and ours. Among the items in that flat, former Coach House, Garage and later refugee 1 bed flat was a copy of the book Mrs Nora Beloff/Epstine had written on Tito Flawed Legacy - at the time the very unique socialite System economy and government working they had in place - Seychelles President FA Rene preferred socialist version  and Romania. Beside the India Ocean, Europe, the COMECON  and USSR then had worked the issue from a High Interdisciplinary Management prospective and other economic thematic. Austria neutrality and special relations and working.  We have treed at the time USSR was facing great difficulty the options President Gorbachev had of developing an alternative socialist  economic system - the option was put to him - the will and money was not available. Two year later upon the death of President Tito what would ensue and transpire - the wanton and purposeful, systematic destruction of that country, economic and political system then how case of socialism and Communist value and system. Who were those who triggered this like the so call North Africa Spring mega debacle. After the Berlin Wall, the need to create and find a new role form NATO.

Recently the many African Countries decision to pull  out of the International Criminal Court of Justice - we had played  and initiated this project linked to that SIROP program those who had abused certain power and mechanism excessively then their excuse and argument. They were never brought before that Court instead those they controlled and manipulated - upon the election result of the 45th USA President, the future first Lady of Yugoslav - Slovenia origin. Over the course of the next four year, those who will research and for many motives,  their research and publications and events. 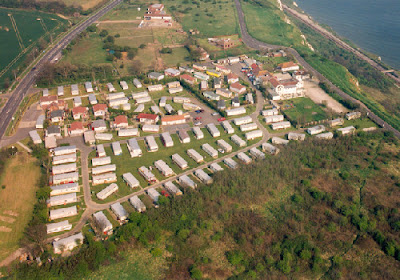 After the wanton destruction of that flat ex SIROP office and other in Kilburn - Brent we had acquired a Minuette four berth caravan - help/compliment of the Jewish community in Kent. With help again took this caravan from Ashford - Stanhope,  after a bitter Winter to Caple court country club, between Dover town and Folkestone.  Then Clinton had just come to Office, events in Calais, Bruxelle, London, the mega ECU/EURO debacle, Sir James Goldmith and the UKIP lot, other very powerful lobby in London. We had written to president Clinton explaining our situation,  specially after the Irish Peace Initiative the so call senator Mitchell involvement and our contribution and impute from that SIROP prospective  our greater EU workings - the Illuminati of Dover and Folketone and Paris. I decided yet again to purchase a copy of Nora Beloff, Tito flawed Legacy and nailed it on the wooded wall of that Minuette/ caravan renamed Prince Diana. Everybody saw it who visited me. Then raging Balkan Wars. The mega debacle of President Clinton granting the CIA a very special Budget of £21 billion to redevelop CIA working  and again the role and impact of that SIROP program. He had undertaken to help me move/migrate to Bruxelle or France and all those who knew was aware of this undertaking  it never materialized events - Seychelles Cold War very special relation /working with the Irish people, global communities.

Putting aside the many important events between 1993 to 1997 in the USA Europe, Russia, Africa, China, Asia and the Indian Ocean. We found our self back in London everything had been yet again destroyed, stolen and we were homeless - found refuge in an Irish/Jewish hostel in Islington help of the Jewish Community. The vast majority of the NGO anger and disgust - the Prince Diana And Al Fayed events. Upon being rehoused help,  the young Lawyer Hopkin, Murrey, Beskin and today Judge Ben Chataway, Dauhaty Chamber  and Jewih Care,   decided yet again to purchase a copy of Nora Beloff, Tito Flawed legacy and this time made copy  and tacked them on the Kitchen Wall, they have been there since 1998 to this day. Reminding me constantly of past and event and the mega distortions, lies and cover ups. The three Catholic churches in Islington, the antique malls. We have addressed of the approach and decision of UN/UNHCR - the White House to put into place that mega UN program on Refugees, Migrant and Africa sustainable Development and that of the EU,  the conference in Vienna. Stating they have not done a review of that SIROP program instead they have studied and selected ongoing burning thematic - fallout from that program and seeking for solutions - the preferred option to review that program as is the international norm,  study the global situation and formulate a concept/working program for the next 10 years.

Very important what we have been addressing President J A Michel government, events President Danny R Faure, the 6th national Assembly, Seychelles very special role in the India ocean and Africa. To develop required parameters, mechanism to work this program with the UN/UNHCR and EU Conference high recommendation. The Seychelles component.

A very special foot note - last November 2015,  the lost/departure,  of one of Germany's most charismatic personality,  politician - his impute in that program and over the years when everybody ignored and gave up, he supported it Chancellor Helmut Schmidt - his vast many intellectual debate  - we have a challenge for him now with the coming to Office of President Donald Trump how he would have viewed it and how best to work ahead. 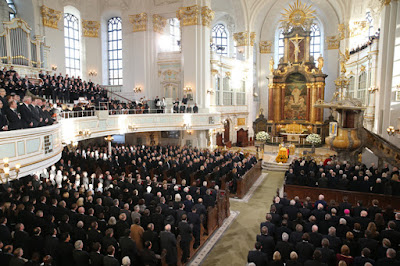