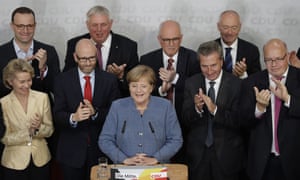 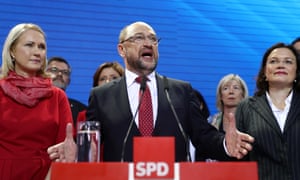 Among the many post on Britexit the many media  and political personalities viewing their concern the fate of Briexit and Europe depended upon the French Election and German election - two days ago PM May out lining her Britexit options. Beside the facts of Italy significant role over the past 40 years in European affairs - those Italian who knew and have known a very great deal about that SIROP program even if we have presented it badly at our portal. How it influenced and impacted their country and Economy

We have addressed the debacle of President F Holland and that SIROP program his government  and at the last French election the terrible outcome for the French Socialist and yet they had supported played crucial roles in those debacle of SIROP. The untold issues of President Macron presidential .

In Germany, Mr Martin Schultz as former EU Commissioner  have known and got to know a very good deal about those linking issues and that SIROP program - he was still Commissioner when then Seychelles Presidential took place and those in Germany who supported and helped the process.

We had envisaged that Mr Martin Schultz as former EU Commissioner and the many linking issues of that SIROP program and Europe and enlargement other politic, coming to main stream German politic he would have taken the leed in Europe and help reformulate that Program with is many very links and workings South of Europe, the Arab world, Africa, Asia. He did not or rather we did not understand or quite appreciate them.  The outcome of Germany Election results -  and the facts that the Extreme Right for the first time in modern German History are back in the Bundestag.
Given that all these European nation contribute to Seychelles government and National Budget if anybody followed and monitored the Financial Commission debacles if they did their respective views. Beside the Commission and the Council of Europe.  For the past 30 years Germany impute in Seychelles Democratic development as well as France and other European Nations. They must be very concern about the intellectual capacity and intelligence of our Politicians and their notion of world and regional politic .;

Beside the facts that the world is moving very rapidly towards aggressive politic  and confrontational  which that SIROP program was the opposite. In spite of major environmental catastrophe and lose of lives and economic destruction and a small group expanding their control over the rest of the world economy again that was not the concept and vision of that SIROP program - the question to ask had we not done that program in then 1987 what would have been the fate of the world today. There would not have been humanity and the world as we know it more likely Deserts and ruins and ashes.

We also saw the election to the White House of President Donald Trump and his German Family and his two wives of former COMECON origin and his Children - beside the departure of Chancellor Helmut Josef Michael Kohl;

It is still Sabbath as such not focus/energized to think of utter complex criminal and political scandal - A video was posted by Tele Sesel which is  Phillippe Boule part initiative  and the brief contents of that Financial Committee - there are issues which involve the USA government Bush administration then , PM  Blair, the European Union, South Africa and the African Union, Israel  and Australia . They relate to IMF/World Bank Dominique Strauss Khan then workings  and the UN - do you have/know somebody on the Police Force who can help.  Uncle MJE

Subsequently when President Obama took Office beside trying to meet with his former Law firm Lovell they have and office in London  wrote to him on this topic. How world policing works they would have copies of my emails.

The Mauritius government of Dr N Ramgoolam was involved the FIU and other Mauritius anti Terrorist and Money Laundering national Police were involved.
Included then French government Sarkozy, the Italian government -

In Ireland, Martin Mc Guinness, Adams and the government of Republic of Ireland then.

Then Lord Oxford and my contacts, then Mr Guy Horner Seychelles Community in Exile other prominent Seychellois alive then - those ripping off the workings of that SIROP program, methods being uses and apply, leveraging their economy, market and development and politic then throw the freeking book at my person - they almost had me kidnapped and taken to Guantanamo Bay Prison.

Sir James Mancham knew some of the site, his associates, Reverend Moon then and others his Clubs and Friends. Including Mr Robert Frichot as Lawyer. Then Attorney General Seychelles.

My letters of protest to the European court, the UNHCR, Vatican, European Court of Human Rights and my Lawyers in London 2006/7

For too long the Justice system of Sechelles Seychelles, the Bar Association and the Government have taken us those representing and working the issues and interests of that 25,000 exiles and refugees for utter fools - yet they watch TV and Read International News papers. We did not acquire our workings and understanding of Intelligence and Policing in London we had been educated and those high and older personalities representing that SIROP program knowledge of how the Police and Intelligence Communities work in this case the Irish. Later events of 1978 onward./

What matters is that , that SIROP Program was supposed to be clean, quasi Official and as such when one works international clean Refugee/Exile Program the Benchmarks and what this imply as such the Irish entities, politicians , Police and Intelligence Services and their Illuminati involved and involvements

A very great deal of water have flown under  that SIROP Bridge sufficient to say the Irish Peace accord and the Good Friday agreement related was driven and synergized by that SIROP program whatever name other choose to use - the manner SNP have handled the whole of their Opposition workings  either they were being dictated by somebody or they just had no clue what real politic and world politic was all about - the poor Seychellois who bitches of Freedoms and Democracy and what have you, they have no clue of what took place and was taking place,  they did not have a mind/brain of their own.

In Britain this said the very manner we chose the firm Hopkin, Murrrey and Besking based in North London then and the large Irtish Communities how communities work and who knows what and who watches whom and etc. Along with several very serious Law firms we have used and addressed a one time or other some of the issues.

Nobody in that National Assembly finance Commission mentions that then British government /politicians opposed that the Irish become involved in our Seychelles policing and Regulatory  - because of the manner of that SIROP program,  had insisted/stressed they be given a role. In Ireland all those who knew, the Police, the Intelligence Services and the Political factions, those in London, the USA, Canada, Australia and Europe - those who understand the Italian high corporate and Family workings the Irish are not different.  The European Union Institutions knew about these, the UN Knew about these and those in /France the government,
Intelligence knew and equally South African, Israel.

Should a bit of the truth be told it  was not the Russian who messed up the last USA election  and the very important why the US establishments, media and Illuminati refuse to take note.

German elections: Far-right wins MPs for first time in half a century .