What 5th June Revolution do they celebrate in Sechelles Seychelles 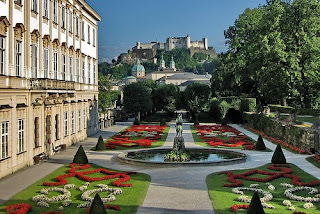 Prior to Sir James Mancham appointment to head the Egypt cross party talk - his statement upon congratulating President JA Michel, the election results/outcome and the fact that the Opposition boycotted the results and first Assembly meeting. He said that the celebration for Liberation ought to be the 18th June.

On account of President J A Michel inauguration speech - with copies on video publish on the web and printed copy also available on the web - about this new Sechelles Seychelles which his current and last President ship represent - all about.

We would have allowed/let the occasion float/go by with out this thread safe for an Old Castle Ruin linked to our French heritage in Britain, those from Normandy who became kings and ruled in England and the Tyrel de Sechelles Branch, where form Vicomte Jean Moreau acquired his Title de Sechelles - which reminded us the importance of History and this event. We yet again take this opportunity to state and underline the fact that beside our statement to president Mancham of a coup d'etat with a year of our Independence at the main entrance of Reef Hotel and the last time we greeted President FA Rene personally - then Judge E J Stiven property Anse aux Pins. We were staying in Salzburg, in Richelhaller Str, situated under the Salzburg Castle - when the coup d'etat/revolution took place. The Von Oswald of Attersea owner of Pirates Arms then, not far from Salzburg, the international aspect of Salzburg a culture destination and tourism. We had also met a number of individuals who had encouraged our inspiration for some kind of European wide Sechelles Seychelles community representation/body, as against the Tourist and Consulate of Seychelles.

The purpose and reason to stress and underline the workings of our French and in instance British other European archaic, heraldic, fraternal, illuminati and christian heritages - their complex mechanism and those who represent them.

As such over the past sine 1977 to date the many important national, regional and international issues it/they impact, influence, cause to work. It is these issues and the very many Families of Sechelles Seychelles decent who build, laid the foundation of Seychelles from France, Mauritius, Reunion, South Africa, from South India and East Africa - French today their children and grand children scattered across the world - how they view and related to this historic national event. At the same time the current populace who believe they are the only and true Seychellois - with their Nation building history dating/going back to 1977 as against 1780.

They defeated the christian education, values which had been drummed into us as children - to uphold noble and just values, to work hard fro you life and wealth - in one move/event all those involved who had never made the serious effort to educate themselves, work hard to get their business and build their homes - they took by force all the hard labour, work and wealth of those who had toiled for nearly 150 years.

Until 1991 that was the pattern of celebration, reason for celebration.

With the important involvement of those same French archaic, heraldic, illuminati, fraternal, christian heritage we/it contributed to the implementation of that SIROP etc exile/refugee return program of 1987/8 $500 - $800 millions as economic package, carrot and sugar to allow the Socialist, one party state to allow multiparty democracy return and then only 150 families returned from the 10,000 or more who left or were forced to leave Seychelles. Note the logic - their properties, work of their ancestors had been taken by force and they had to pay by way of this economic international package to be allowed to return and even then only 150 and then to be exploited and marginalised, exclude from the main economic working and politic.

Between 1991 to date we have seen some 7,000 white migrants coming to settle in Sechelles Seychelles from former COMECON, USSR, South Africa, and Europe. Given what we have stated time and time again - the French ancestral heritage and their workings, as against that of the USSR or the COMECON or South Africa which played crucial/vital role to make it possible for multi party to come about and those new 7,000 White migrants what they represent - their ancestral heritage. They came and joined the SPPF to rob the Seychelles nation, to exploit and abuse them.

The irony of the situation - just like they celebrated all the wealth, properties they had taken and acquired by force - when those who came from the above mention countries it was normal to continue their lies.

We have read and heard of the economic miracle - the Sechelles/Seychelles government - SPPF/PL have performed, unique in African Union, the region and CARICOM small nation Group. What economic miracle - in the equasion they and nobody mention that SIROP etc exile/refugee return program - $500 - $800 millions and some $10 - $20 billions we geared up to drive the issues across the board - just for Sechelles Seychelles. They exclude the important involvement and impacts of those 7,000 white migrant.

On this 5th June 2011, as former President James Mancham was appointed the cross party political issues in Egypt, the son of the Oxford had held Embassy post in Egypt, the so call Quatet led by Senator Mitchell his role in the North Ireland peace process - the total mess of North Africa and Gulf Region politic. We had let known our views to not just ex PM Blair officials, the USA and EU - those who refused to take due note and where we are today. Equally important what we have written of what is driving the so call political changes in North Africa and the Gulf Region. In Sir James Mancham case the important lesson of history all those Britain sent to exile to then Sechelles/Seychelles from Africa, Egypt, and else where.

We will not entertain the debacle of the Senate we have been calling lobbying for the past 30 years.

We now have University and over the past 5 years all the young graduates who have studied abroad - what did they study - if not to look at the issues which daily confront them critically, along with the politics.

It is being drummed into these young graduates they have to work hard, they have to be honest - the vast amount of money and resources invested in the National Police force. How many like our person have strived, worked very hard the past 35 years to bring economic prosperity to his or her native home, across the world today those same young Seychellois - who have been marginalised, robbed, conned, abused and ripped off by the current government and SPPF/PL. Their hard work, contributions, sweat and blood is all credited to the SPPF/PL politicians, media, government and quangos. The President and his Ministers take all the credits and the international community corrupted, pervert, depraved benchmark support, take it up and tell the world a mass of lies.

Today as You all enjoy in Sechelles/Seychelles - from previous hard work with President FA Rene and his Associates until 1991 owned our person $150 millions not counting the interests - for our work, involvement and facilitating some of the major deals and transactions. From that SIROP etc combined exile/refugee return program $500 - $800 millions we never saw a cent all those who have benefited to date. From the $10 -$20 billions of international gearing involving Sechelles Seychelles, President FA Rene, the SPPF never saw a cent. We have never been compensated for our property - the criminal money they paid via Barclays bank vanished, nobody know where it went and the Court case. All efforts to build something on my grandparents property have been opposed by President FA Rene and President JA Michel - Yet if/should the truth be told. {Those who have been talking of Kalifa - those involved with FA Rene who know the true amount/Sums involved when Kalifa was not around and involved}

Having said/underlined the great importance of our ancestral workings to build Europe, their empire, the global many important institutions they have today, the same they used to lay the foundation of that Sechelles Seychelles and we used it to bring the changes, multiparty changes instead of a Coup d'etat and revolution like they did - yet this government of SPPF/PL have/hold no respect for nobody. We did not call for the blood of our sisters and brothers to be shed, avenge them or steal their properties and what they had worked from 1977 to 1991.

As You enjoy, celebrate this 5th June 2011 - trust You know the reason for celebration. 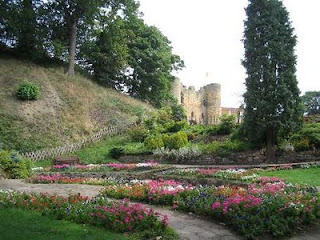