The impact of the USA "Maginot Line" defence deployment on that SIROP program. 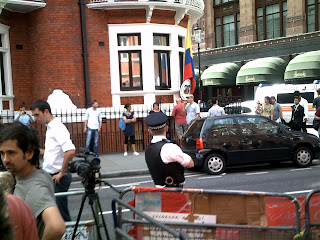 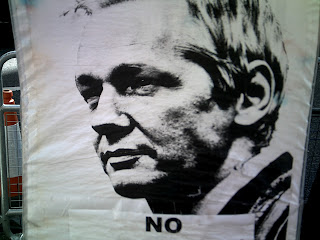 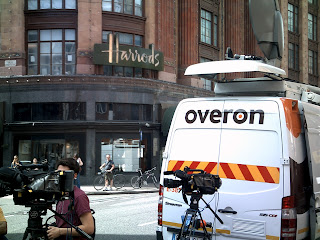 We have written at other Forum and blog space a number of sensitive issues relating to on going working, accountability, social, economic development over the past 21 years and the call to register this program properly in Sechelles/Seychelles and Europe.

In term of greater strategic impacts, implications as to what took place over the 21 years never address it properly - because it was judge to "sensitive" - the Seychellois exile/refugee small mindedness would not lent that they understand and a complete wast of time.  ( Hence those who preferred to lump - and ascribe that it was they - the Commonwealth,  that change Seychelles from One Party State to Multi party)

Actually, had we to address a proper detail of geopolitical and military events, issues, development and associated interests - what could/would have happened to that SIROP Blog.  We have also discovered that the average Seychellois, exile/refugees or not just do not possess the tenacity - if,  should we have go into trouble to come to our help.

The researchers, those who wish to look beyond the issues of what we have written are equally guilty - no credits for their research source given or for that matter indication where they have publish their research and conclusion.

It is not good enough to have stated that we - those involved in that SIROP program and the regional nations were on the verge of a major situation. The many investments by the international and regional nations to help Seychelles prepare for/in such eventuality.

There is the important need to underline - for those who study, know of inside issues - Seychelles has been directly responsible for a number of major and very serious international incidents, regional - those politicians and their media who reacted in their particularly way.

"Any nation, small or big who become involve in dislodging a Super power like USSR, the COMECON, China from strategic position and base of power requires due attention - however the Seychelles the kind of attention it had/has received - over the past few years has had to water down everything it say/state on this issues because of the African Union, the COI and what ever."

We want to share a small jewel in our involvement with such issues - "how and why President Ronald Reagen  came to choose The Strategic Defence Initiative (SDI)  March 23, 1983." We had been working with such high parties and such associated issues for some years then.  What it takes for the White House, the US Intelligence, the Pentagon and others to adopt such a concept form outside their Circle.  For that matter one's, capacity ,  ability to be allowed anywhere near such issues.  Have worked, followed and contributed to some of the issues including President G Bush, Senior and Junior.  Those from NATO, then USSR, COMECON, China, South Africa and France who knew the issues.

It was with such understanding that we were able to formulate some form of solid  Policy in term of Regional Indian Ocean Strategic issues, as against just researching.

Some of the more concrete and strong arguments we had/have put forwards to change Seychelles from One Party State to multiparty would not have been such a strong agenda and in several instances stated we regret having done this and never explained properly.

We have been underlining that the Seychellois 21,000 exile/refugee have had the dirtiest of history share.
Hence have been monitoring the Military development closely in the region, Gulf and Asia. Further afield.
The announcement that the USA was to deploy a Maginot defence Shield in the Indian Ocean addend to that in the Gulf Region and former COMECON is not surprising.  What surprise us is that those involved take every body for completely nit in good English - those who went back on their words after the Fall of the Berlin Wall, Germany Reunification, changes in the COMECON to reduce their global spending and the resource they spend on Military issues to use this to help the poor of the world and develop their economy and society.  The beefing up of the CIA and Pentagon shortly after and the excuses/reasons they gave.
We have worked importantly with UN, UNIDO, World Bank, IMF and other large multinationals, global institutions - you cannot seriously plan - develop a serious economic Plan at that a small nation if you judge/conclude a Regional and possibly and international conflict is only a few months away.

An excellent example to support our statement  is the North African and Med Basin Program the mega resource of the European Union, all the combined resources and wealth of the North African Nations, those who supported such development and plans - after the so call Norther African Spring this has now been set back several years and if we saw a serious conflict in the Region nobody know what will be the future.
The statement by Dr Navin Ramgoolam on the important Economic Protocol between Seychelles and Mauritius on Paper and words sounds great will it ever be reality and the recent protocol on Culture.
We decided to visit Knight Bridge yesterday and see what was going on around the Equador Embassy, Harrods - involved here is more that just the issues of Wiki Leak - in the first instance how the Al Fayad and Kashogi Family got hold of Harrods - we were importantly involved and have written/address those issues over the many years. To note we have finally been connected 15/8/12  to that Portuguese - Africa, Asia undersea high speed connection initiated/involving then PM Blair, our contributions. The relation between Seychelles and Tanzania and the relation, events and development on the Streets of London, not Paris or continental Europe. The nastiness.

The concern for many AU reaction at what took place in the so call North African Spring. In the past South Africa had the capacity and quality to contribute to such regional and international development - one cannot say this of today's South Africa.

We are left with Australia only and events in Australia - those who study and monitor intelligence, strategic and military development in the Indian Ocean Region.  There is a great deal that have not been address by the so call free press about the person of Wiki Leak founder, those who work in such issues at very high level.

Prior to the global economic and financial melt down address the Ruler of the Emirate and other on certain highly important issues - they refused to listen and the Melt down and the mess.  This time when the issues ongoing become fully open - there many not be very much to salvage from the region, its economy and society.