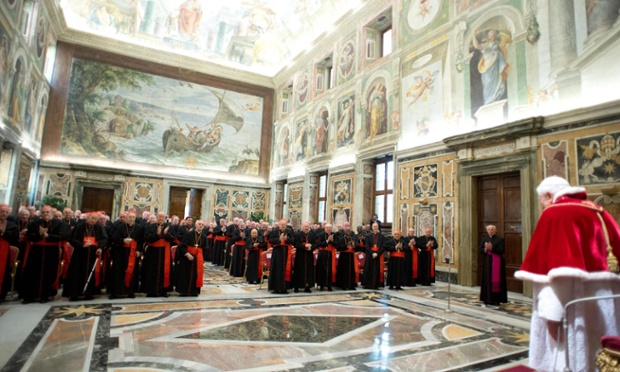 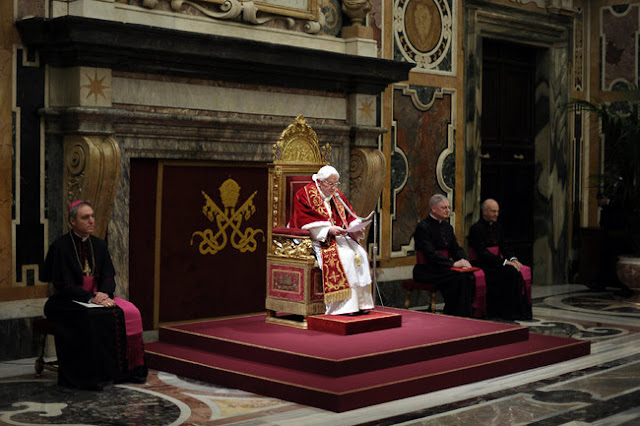 There were huge cheers as the Pontiff, wearing a white robe, briefly stepped out onto the main balcony of his villa and spoke to the faithful with a final apostolic blessing.


"I am very happy to be here with you, surrounded by the beauty of the world. Thank you for your friendship and your affection," he said.
"As you know, today is different to previous ones.
"I will only be the supreme pontiff of the Catholic Church until 8pm and then no longer. I will simply be a pilgrim who is starting the last phase of his pilgrimage on this earth.
"However, With all my heart and love and my prayers, I would like to work for the good of the Church and humanity.
"I feel your support ... Let's go on together for the Church and the good of the world."
He went on to say: "From the bottom of my heart I bless you ... Thank you and good night."

We have addressed certain Seychellois Christian Family about our situation for the past four years and requesting their prayers and support. Equally in Islington three Catholic church and the Parish of St Paul by Knight Bridge.Since multi party return the many new Churches, Renovations in Seychelles.We have been writing that that SIROP program was not a military program - but driven by those who believe in the power of Faith, greater Powers, the changes in the COMECON early start, changes in the USSR, then the Indian Ocean, Africa. China. The involvement of the WWW and what we have written about - why the WWW was put together in the first place. Those from all the Christain church who choose and pretend, Then Pope John Paul ll, the issues that was shared, conveyed and presented to him and his Office at the time about the WWW project. . our person did/do not exist and yet the very important impacts and benefit of the WWW in the Christian Church today, Family and Society.Yet those who/from the Commonwealth have hijack Wikipedia to state they changed Seychelles One Party System/Communist - the fate of those 21,000 Seychellois exile/refugees.There are those in the Vatican - Rome and Italy well aware of what we are writing about. It is very sad when politicians - particularly a person like President JA Michel with all his Police, international police connections, diplomatic - get to hijack Church, christian and Faith issues as/like he does and is doing with politic - He ought to have been very aware the respective role of Pope Benedict to then Pope John Paul ll.Just as we have that International Pirate Center opened in the Seychelles for Somalia and the Prison - for those 21,000 Seychellois exile/refugee they are use as milking cows, football, creaming machine etc. This situation need never have come about.There are very complex and complicated issues - the important contacts we had with Rome Representation in London for that SIROP program in private, just as we have addressed the issues of the building of St Peter basilica in Africa and the building of Opus Dei in the State - those who choose to ignore.In Greater EU, Commission, Parliament, Council 2012 amidst the mega turmoil, their respective view - the EU must be prepared to work with new dynamics, synergies and set of individuals as against those who changed and made Europe what it is today.Equally those who had stated to our person we would not live to see the coming to Office of the next Shepherd/Father of the Church of Rome - there has been a great deal of praying since Autumn 2012 and to date. Had this been a Blair government or Lady Thacher what would have happened/occur in the greater nations and diplomatic world if at the next Conclave of Cardinal there was not a British Cardinal.It is very late and too late now - just in case those Catholic concern, those from British politic concern. Which is more important the Somali pirate or that SIROP program, which brought changes in Catholic faith in the COMECON, the USSR and China and those with their corrupted benchmark, corrupted practice and media workings - where we have landed/arrived today.The search and election of the next Head of Rome - the Vatican and the Catholic church for those who really know more serious and important world issues gravely important - when Pope John Paul ll was alive we have a better working relation with his Office and the Vatican, all those who know this - we have addressed the many German leading politicians including chancellor Merkle and their respective position. . We do know our forums and Blog is monitored.We do trust and hope those of you in Seychelles very dedicated and concern about the situation, society, the Family life and events - those who know the state of their Faith when changes came to then Seychelles - they/we need to pray more than ever. The world/church do not need a Pope with the mechanism of New Labour which infested the world and Humanity - what we have been writing - by the way we have read part of PM Blair book only last week. Just in the form of Pope John Paul ll we had a great global christian movement, development, human aspiration - the world need a Head it church who can take the challenge and bring solution - the scientific communities, the politicians, the media and the many respective global institutions cannot bring and deliver.