The disgruntle about the image at sirop.webs data space 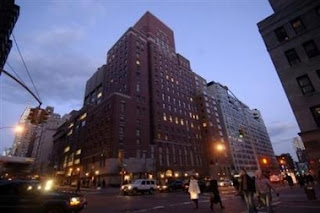 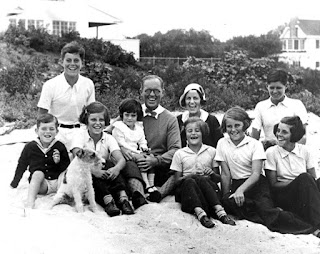 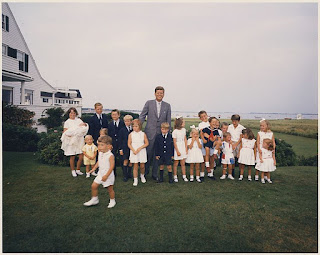 In spite of having explained that Sirop.webs.com site is in building state those High parties in/from the USA this morning, their grumblings. We have also stressed and underlined that we had wanted that site to be difference and shame on everybody, in comparison to other International repatriation and voluntary program - that program was worth $500 - $800 millions, the gearing issues, mechanism worth/involving $billions - not top mention the Network. Those who stood and got to making very huge fortunes in $millions/Billions among those the USA very great many and not a cent of donation has ever been given to help work that Program  from the exile/refugee prospective - Seychelles government yes. The many efforts to discredit, the rendition issues and whatever. Over the past 23 years those who have amassed $billions - the real reason we have had three global meltdown and the last one - the utter and total corruption. The very reason for Guantanamo Camp in the first place, how the issues started and the lies and cover up - what the media have addressed and the public figures in the USA,  as against the reality. Those afterwards who had wanted at all cost to prevent and stop that Phase lll Development program assoicaited with that SIROP exile return program.

We wish to emphasis an issues - we have studied the USA culture very closely since 1976 from Europe to compare our ancestral European many workings and those who have joined, the Indian, Chinese, the African, the Farsi and Many others. Because anybody who wish to work in greater economic and regional working of any nation or entity they need to educate themselves and know what make what work. The Seychellois are not daft - the British colonial era left its mark on them - they were like castrated animals, they were impeded, they were prevented form doing many things which were linked to their original culture the French culture - they had to take in other aspects, forced to accept and the great grand children of those people and our person being one of them today in compared to the same process in the USA, Canada, Quebec, Latin America, West Indies and South America.

In many instance - the working of other exile/refugee program, they are importantly supported may many agencies depending the country they are based - hence a great deal of the issues they address is controlled, vetted and manipulated and dictated. For this very good reason from the word go this was 1986/87 we let those form the USA High parties, the White House occupants, those from the then CIA, the Pentagon, the FBI agency, those from the UN institutions based in New York, church institutions, then President FA Rene government, his many officials and then Communist, Socialist international/Global Network, those from Africa - then OAU, Cuba, Latin America, USSR, the COMECON, China, the Philippine, India, Pakistan, Regional Gulf Nations I/we were not going to go down that road - it would be an independent repatriation refuge program, what about then European " archaic, fraternal, Illuminati, Templar, Masonic and Heraldic institution" they were informed - made very aware. Most important the Vatican - our then Italian Templar and masonic workings. That was the main motive behind the WWW creation. Because of the filth, stink of the International workings the utter corruption and we wanted to create a system and mechanism where by the mass of information which were being controlled and regulated and,manipulated and hidden were made public and known.

We wish to stress - the mega battle between the French two masonic Fraternal Establishment, the Office of the President of the French Republic and the Commonwealth Masonic Lodge and the Government of the Day. Had President F Mitterrand listened - today the WWW would have been a totally French entity - we can stand by his resting place and shout it aloud anytime, so that all  heaven, all the birds, reptile, insects, trees and animals can hear and tell us otherwise. Those who fought a terrible fight that we do not take these issues to France so that the development and process can be controlled. Has everybody forgotten the issue of the Pan Masonic Lodge.

Given such workings and issues how they are to be treated in relation to the greater public accountability.

At the time of researching that " Indian Ocean Industrial Investment and Promotion Center" by then UNIDO/World Bank, the International Conference Center in Vienna then many officials of Chancellor Dr Bruno Kreisky, then President of Austria and diplomatic corp - then Fraternal, archaic, Masonic institution so Austria - Those by the UNIDO, the USA High Representation in Vienna. Sir James Mancham had underlined his contact to the Kennedy Family - yet he did not understand our complex connections workings to the important USA political Clan. Then CIA, then Pentagon, then FBI - likewise their counterpart at the time, then BOSS, Mossad and Simbeth - then KGB. We had some important support form that Family, individuals. The issues that came about in the media and then gutter press. The training one is to shut up and not talk or hint or mention such workings and issues.

When we decided to put that SIROP program in place as against the Military Option and those from the Kennedy Family clan who knew all the issues, their Irish connections, highly important Vatican issues, connections. they of all people , individuals in the USA trashed out the lunacy and reality, the possibilities and not and then we took on-board their views and judgement and worked on them, Those in Europe, the Vatican, those around President FA Rene and Mauritius - later when the mega bust up took place the position  of Senator Bobby Kennedy, some of the Senate Hearings. Very important the associated issues with the new building of Opus Die, those who knew what and then everybody pretend it is one big lie - all this is the work of Taliban and Al Kaida. For this good reason we have not added the picture of President Bush Senior and Junior to the image Data base of that SIROP.webs, site/portal. Most important all those high parties in London who recall when they had wanted to lynch our person and the issues and involvement of the Kennedy Family clan - the mega media bust-up and otherwise. Then PM Blair, the rendition issues of our person  the Kennedy involvements, and others and the mess in the Senate, the CIA, State Department, the Pentagon , the FBI and the White House about it. We wish to stress - had it not been for this very important connections - the White House and the USA would be very different today.

{ We had not wished/wanted to add the issues here - the news about that Property millionaire they found on the road in Ireland and the decision to liquidate the Anglo Irish Bank - we had been involved in some of the core workings over the past 23 years those in the USA and Ireland who know of the issues and London.}

There is the important need to respect the privacy and life of these individuals. Accountability. President FA Rene, the core of his Officials, Mr guy Morel, Mr Guy Lionnet, Minister Bonnelam, Minister Jacques Hodoul,  certain High parties in Mauritius, France, Germany, Italy, Spain and South Africa was aware and their own research or digs which they keep to themselves and then the lies, the deception and coverups. Some of the core issues relates to Highly important USA political and historic developments and events and yet the position and attitude of those currently. that was hwy the old Archaic, fraternal,, masonic and Illuminati workings was far batter when you hid and keep something from the greater public it was done properly and kept away. this is the price we have to pay.