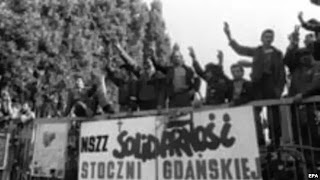 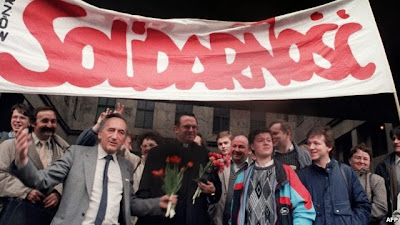 Up and until that very tragic accident in Poland/Russia which saw the death of most of the former leading Solidarnos activist and founders, not just out of respect - given what we have addressed about that tragic national event/accident - those who just brush it aside. Yet since the ending of the Cold War how they have been using and integrating that infernal workings/mechanism in very many aspect of Polish, daily life, administration, politic, economy, education, market, financial workings etc.,

From the earlier days of then Cardinal Karol Józef Wojtyła Archbishop of Kraków, still in Poland - prior to the death of the Pope, we have/ had been involved with certain highly complex workings of then Poland, then COMECON, then USSR - then Cold War, then Europe, then Indian Ocean/Africa and Sechelles Seychelles. We had been pending studying a great deal of the Communist system/working - only a fool think he can contribute in any thing if he does not understand and know some of the very basics and relevant issues. We had had an important  Colonial education - African independence movements, motives and arguments. The situation in the Indian Ocean, Asia, rest of the world.  Most young Seychellois beside those involved in the 5th June coup d'etat were asking a lot of question about the advent of Communism - not the propaganda the USA, Britain and other were dishing out.  We had started to familiarize, acquaint in depth with the leading personalities of the USSR, the COMECON  and leading Communist countries, their respective responsibilities  and thinking.  Enabling us/our person to understand Seychelles government motives, thinking and workings.  Vienna - Austria was a very good place to learn and acquired degree of knowledge - real knowledge not propaganda.

As such by 1978 had been very familiar with the COMECON key players, its Leadership, politic, economy, diplomatic, media, finance, industries workings, military, conflicts, the Oppositions workings. We had been in contact with South Africa leading Officials, some of the USA, Israel.

Many will say when I/we decided to join and became a Fellow of Professor, Dr Micheal Hoffman IOIM - we had swarn to its benchmark and regulative mechanism,  as such how much one was/is allowed to disclose and talk about. Beside then workings Intelligence working - benchmark. You talked and spilled the beans one/you were liable to loose you life.

In the brief coverage we/I made at our forums over the death of Polish first post Communist PM Tadeusz Mazowiecki - what the media churns up - and the other untold story. Poland could have taken a very different turning if we had not become involved - Communist Workings/Block, events surrounding Solidarnos from 1977 onward. When we realized we had the ability to influence such important issues and yet not speak/write and discuss them.  It formed part of the discipline we believed in and worked with.

Later, after events of 1987/88 President FA Rene had become aware of our knowledge and understanding of USSR, COMECON, Warsaw Pact complex workings - issues we exchanged of importance.  Including Some of Africa, Asia, Gulf Region leading Communist personalities/Leaders - beside the USA, France and Britain, South Africa.

We have read some of the contributions stored at Wikipedia it/they are only one side/aspect of events and history - yet those who call and revere it as truth and real history.

From a Seychelles/ USSR/COMECON   - Europe and world prospective how and what we contributed which led to some of the important changes and why, those who got elected in Solidarnos and then climb to power -those who understood and knew when they were actually in office and later after the fall of the Communist system - those we were in contacts and events and development and those who led Poland including Tadeusz Mazowiecki and and later Lech Walesa - the machnism at work to help elect and put onto place/High Office such personalities.  This in relation with Europe, greater world workings and the Indian Ocean Region, Gulf and Africa.

We have read former President JR Mancham comment in the Seychelles nation 3/11/13 about the important contributions of the Gulf Nations to Seychelles and how we are ungrateful and  ought to be more grateful.  We will be linking this Comment here.  What former President Mancham with all his many years of experience and understanding of the world workings and some of the very devastating ,moments and the reasons.  Had we not as a Seychellois contributed to the changing of the COMECON, Poland among others - the USSR the way we did and his responsibilities then 1977 to 1991.  Germany reunification, the mega debacle of USSR and the COMECON massive debts, contracts etc. What became of them.  Germany Reunification and the Privatization of USSR, its breakup nations and entities, the ex COMECON including Poland.

Then Gulf Region workings 1977 to 1991, the OPEC workings and those who held Office and ruled the Region - our abilities to contribute and made due intervention if call upon/required to.

From 1987 - the emancipation of the Gulf Nations and development of their economy - we have been importantly involved and contributed to these process. Working with some of the Head of State, National institutions  to achieves this. The  what the Press and media write and what is written as History.
The new Rulers and Heads of State their Officials do not necessarily take and accepted all of the so call media and written version they are taught and educated - they are informed who has done what and can do what for their country, however very rich  and powerful/resourceful. President FA Rene was very aware of those issues and his Government Officials too. How he handled and managed them very unlike President JA Michel.

I/we have stated more than once - these workings and those in Europe, at the Commission, Parliament, the Central Bank, Europe Capitals - such workings, those in Canada, the USA, Australia, Russia and China today - the UN and World Bank.  In return those very rich Gulf Region Nations just as the British and French had their politics, the Communist, the Chinese and the USA - they too have been developing their politic in relation to their wealth and sphere of influence. This former Preside Manchan with all his rich experience and knowledge refuse to acknowledge.  Beside that handful of sand and minuscule land mass we have other more important capabilities and resources - those Very Rich Gulf Arab Nations have become aware and know they have been affected and impacted four or five times and they have lost $/£ billions and Trillions - they have learned that their economic and success and prosperity is linked to our people,  nation and heritage workings.   In that last Global melt down the amount of money they lost which they had invested regionally and across the world - money which even the good former President Mancham can only dream of.
Until a very years ago the greater Seychelles - Seychellois did not know nobody had told them /inform them - those who knew kept it to themselves. We have taken to writing and explaining  about such issues and workings and how they work and why. The people and younger generation are beginning to think, ask question and demand answers. They were skeptical of what we wrote and now they have researched and tried to piece tow and tow together.  Such working sis not just a Gulf Region special across the world similar workings and those who afterwards., crap, tell mega lies and so cal experts reports  resulting in the four previous global economic meltdown. The/their sums just did not add up/ work out.

This said to night - the Premier of the Film some $30 millions it cost to produce about former President Nelson Mandela.  Events of the Cold War until 1991 and events in South Africa. He is another personality we have contributed importantly to his life and coming to Office and during his term of Office and yet what the world know, the media writes and so call History. The making and contents of that film. It is not right.
Such manner and approach lead to more efforts by the younger generation to become even more ruthless and corrupted,  sooner or later to a bigger global mess and humanity with it.

Then we have those from the African Union - given their manner of workings in Africa, after we have helped importantly - they harassed, threaten, bully and some of the terrible things they have done to our person - using Black magic and Voodoo to control, or have us killed. Stealing our identity.

Including that christian involved and the using and abusing of my wife/female friend to create division, hate and enmity  and they are still doing/practicing this to date. The destruction of that Seyafrique Portal.  These are people,  nations we have spent the better part of our life helping and contributing to their development and enhancements. This not just from Africa continent, Seychelles, Mauritius, Diego Garcia, the West Indies , the USA and Black Communities and nations across Europe the past 36 years.