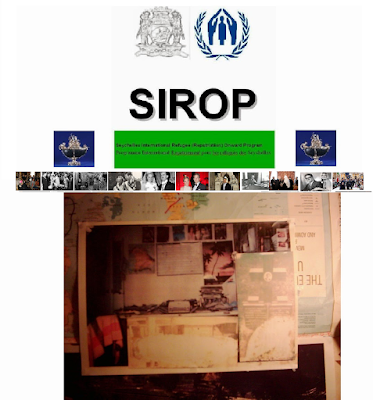 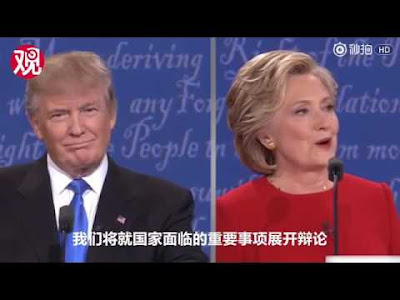 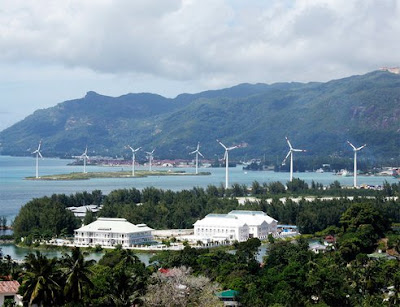 The Challenge we/I throw at my person  this morning after watching the 6th National Assembly swearing in historic events.  I addressed politely on my Facebook midnight British time about my old SDA school not a picture and the video image and topic I posted - stating my Family had wanted me to study at the SDA Bugema college Uganda - something happened instead after I took exile with my Austrian wife and son  went  on to become an Interdisciplinary management Executive  - with some 35 years experience and knowledge.

The Time is 10.39 am  UK time had been listening to the Radio from Seychelles  and trying to pick the wave/buzz and vibes. The many topic coming up - in particular the untold/unwritten contributions of very of our exiles/refugees not jut the setting up of our first national assembly  and they having to flee in exile/force and their children and properties and work.   The bitter and mega battle we/they choose not to write about among the Norman of the Indian Ocean, Britain and France and the world - many prion and justice system would collapse and many would have to be sent to jail or executed. Yet it has been part of the fight and struggle.

In this morning address by Hon speaker Pat Pillay then emphasis on eradication and the challenge we face with corruption how he have striven to combat and counter this - from his prospective.

Likewise Hon Wavel Wankalawan on setting new political agenda and new Committee to debate and work out the killing, death and past evil deeds.

We have also been having an issue with Internet connection and my view those who think God gave them only a mind and brain function to note and be aware what is going  on in their respective environment - yet when they are very ill and need help and then their comportment.  This little incident bring me to think/ponder deeper about event in that Seychelles this  morning.  By the way refer to the contents of Clinton and Trump debate. What were said bluntly and in Seychelles if that was/were said those who would jump on Trois Frere in rage or anger.

In that Seychelles today you do not have only the WWW/Internet and the amount of information and knowledge at the disposition of every and any Seychelles person/citizens.  The scripture and wisdom recommend let other praise you for your work and fame be modest that way you cannot be blamed, defamed.  Yet we have to speak out I played a very vital and crucial role that the WWW was created in 1987 albeit what the media and so call experts - there exist world science to prove and disproves this - beside the Forensic Police Department of Seychelles.  The Justice Department have by now a Forensic Department, other bodies in Seychelles -

Having worked and contributed to vast issue of government, changes and process in and across Europe and the world including the USA, Russia, China  and some of the terrible government understand the mindset and issue which impulse make other say and address the topics they do. In that Seychelles you are not special or different.

Given that former Minister Pat Pillay refused to mention any of it - I stress the debacle of the corruption and that SIROP program and the global melt down  and my pleading with this in the USA and Europe that they do something about this situation in Seychelles - President J A Michel is still alive and VP Danny Faure and President F A Rene - the pressure and our Police, Army and Intelligence those pressures caused that those and in particular former minister Pat Pillay took the action he did and the very important involvement of the former first lady Natalie.

In Latin America, Asia., Arab world and Africa, China and Russia they all have unique/special discipline and functionality which work with their so call respective democratic national issues.  Again Seychelles is not unique.  In intense those who are dishonest they use and apply to be polite Illuminati disciplines and deny and comport as if they know better than everybody before them.

I have know the Pillay family reasonably well beside the st Louis Family/church of England link. Say what you want nobody,  for all the grandiose talk share with people or individual you have little or no connections - you need to know with whom and those you are dealing with and so to the Pillay Family.  When we,  my generation stand and look back at the value of those grandparent who guided and led us in instance and the comportment of their children in instance they are not pleasing - we are not happy.  Relation you do  not and cannot build and destroy them overnight - specially their grandparents were farmers and planters.

This Morning historic event has left a great deal unsaid, many individuals who have done great deeds and good for that Opposition, their names and deeds not mention and we are talking of History - whose History.

Among one of the great battle we fought with that SIROP program to have a University  and how the manner President J A Michel took these on board - the Opposition is, were supposed,  their mandate do better so they promised and talked at their respective rally.  A few year those who would have complained on the few who have University education  can understand,  appreciate and dialogue analyse  - what about now.

In writing these,  thought we are doing so in a very difficult environment and the current political and social situation in Britain, not just for my person all of our Diaspora and exiles community as such it influence and impact our thoughts and ideas and approach. Again former Minter Pat Pillay ought to know this reasonably well, his relatives in  UK.

The greater world, regional and the Churches and global institutions  are watching us with all their cynicism - this morning historic event was a miss opportunity after 40 years of battle to mention how bitter that battle have been and the struggle - those who talk of reconciliation and forgiveness.  Without good health you cannot stand and do things, likewise resources and wealth you exclude and obstruct and deny me those I am supposed to forgive you.   As a young person remembers one of my mega challenge and Christian education and Judge E J Stiven his Scott back ground and education  friend of many great intellectual and great personalities, Christianity is a pimple on the A... of progress.  I took some of his advice and became and Interdisciplinary management Executive.  We have learnt to look at the vast christian rich values, education and functionality as well as great science and past civilization of the world and use the acquired knowledge to help and contribute to the world and society.

We would like to conclude without that SIROP program their would not have been a multiparty return and a Phase lll Reclamation project and without that Reclamation no National Assembly or space for the Chinese to gift and build the National Assembly building,   those today who stood to represent and swear  to serve the citizens and nation of Seychelles and its Institutions and interest. You would be standing in the sea,  swim or drown or use a boat or pontoon to say afloat.  For all the God faith and prayer I cannot see one of you standing on water/sea  and address our nation.

We take this opportunity to wish former president F A Rene well - in the norm, benchmark and best practice of High Interdisciplinary management discipline. Because with out him that  SIROP program would never have exited - by the way please not some earlier contents I  shared,  had the Justice and court to acquaint themselves of our complex Seychelles working issue they would have to build new jail facilities and execute very many individual for high crimes.  The Chinese and Russian government, their officials well aware of what we are writing here in real working of things and real  politic and economic working of Nation.

In addressing these,  the thought of a Dr Tony D'offay,  if he was alive or Judge Souyave if he was alive  and the Delhomme Family and many others - we have had a good education but we refuse to jettison the value of my great aunts and uncles,  they took tobacco snuff - in the USA, Russia, Germany,  France,  Italy  and rest of the world what this mean - we helped to manufacture them too.  Those who have a problem with our approach and manner of communication with our brothers and sisters in Seychelles take their bone and issue /argument to our great aunt and uncles who raised and is constantly by our side daily not you. Our ancestor had a saying that mountain have sex - yes mountain have sex/copulate  and we are trained and have some 35 years of experience,  knowledge in these fields and much more. You African best train psychiatric their reaction and yet in their countries their black craft an many other discipline and we have had to learn and acquire sufficient knowledge and capacity to impute and work with the African nations,  their leaders, institutions and interests again the past 35 years, India, China  and the Arab world.

Just like presidential candidate Donald Trump threw at Presidential candidate Clinton,  she does not have the stamina - you in that Seychelles do not know  what unholy four letter word we/I have to deal with and have been dealing across the world the past 35 years including the Arab world, Asia, Africa  and the Vatican.  Not to exclude the many international institutions.
Posted by http://ioiss.blogspot.com/ at 05:27